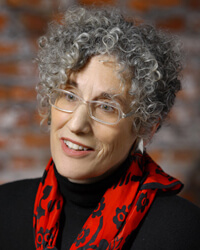 Schizophrenia genetics, as a rule, isn’t marked by epiphanies. Patience and thoroughness guide its progress, and a main reward of that, in the last two decades, has been discovery of a handful of genes that increase a person’s risk of developing the disease.

Schizophrenia (SZ) is greatly heritable—as high as 89 percent, depending on  which relatives have it—so studying its genetics is a no-brainer. But unlike, say, sickle cell anemia with its clear, causal gene and simple Mendelian inheritance, schizophrenia’s genetic roots are subtle. Do a number of fairly common genes with mild effects work together to push the disease along? Do a smaller number of rare genes with more powerful action help advance it? That’s not clear.

True susceptibility genes are prized because they point to molecular pathways affected in the disease. That, in turn, can help reveal mechanism.

Showing that DPYSL2 is a risk gene hasn’t been simple. An initial 1995 Hopkins study of 57 families with SZ first linked its chromosomal site with the disease. Consistent finds at other centers kept up interest. The combined studies, in turn, helped spark a major international analysis of more than 800 families—121 contributed by the Hopkins group. More studies by Pulver’s team, including one that harnesses the power of studying a more uniform population, one of Ashkenazi Jewish descent, raised confidence in DPYSL2 as a risk gene.

Now what’s been found is proving its worth. New work by Psychiatry’s Dimitrios Avramopoulos and Akira Sawa aims to show how DPYSL2 in pairing with a better-known schizophrenia gene (DISC1) may work in utero to begin the disease’s downhill course.