Promise & Progress - A Spectrum of Achievements 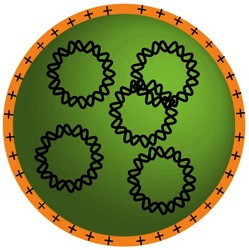 Researchers used tiny biodegradable nanoparticles to deliver “death genes” to human brain cancer cells implanted in mice.  Johns Hopkins biomedical engineers collaborated with neurosurgeons to use the nanoparticles to transport and turn on a test gene in the animal model.  The team says the results are proof-of-principle that one day such particles could be loaded with a gene and given to brain cancer patients during neurosurgery to selectively kill off any remaining tumor cells without harming normal brain tissue.

Green worked with neurosurgeon Alfredo Quinones-Hinojosa, M.D., and used glioblastoma brain cancer cells donated by Quinones-Hinojosa’s patients to develop the nanoparticle vehicle that is able to deliver tumor-destroying DNA instructions directly to cancer cells. Green specializes in producing the tiny, round biodegradable plastic particles and tested dozens of variations to find the best one for transporting the gene instructions.

For the test voyage of the nanoparticle, the cargo was a gene that causes cells to glow red or green.  Although the nanoparticles entered healthy cells and cancer cells in similar numbers, healthy cells rarely produced the glowing protein.  “This is exactly what we wanted to see—cancer specificity,” says Green, “but we are still researching the mechanism that allows this to occur.”

In a related animal study, Green used a different particle to effectively carry and deliver another cancer fighting cargo.  This particle delivered siRNAs—interfering molecules that can turn cancer genes off.

Brain cancers are among the most lethal types of cancer with few curative treatment options.  “It is exciting that we have a found a way to safely and selectively target genetic instructions to cancer cells,” says Quinones.

The research was funded by the National Institute of Biomedical Imaging and Bioengineering (1R01 EB016721), the National Cancer Institute (R21 CA152473, R25 CA153952), and the Maryland Stem Cell Research Fund-TEDCO.