Physician Update - For Mild TBI: An Eye on the Sleepy

For Mild TBI: An Eye on the Sleepy 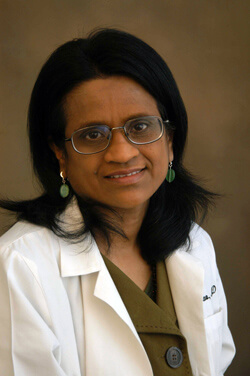 Problem sleep could be an early marker for lasting mood and other psychiatric problems of mild TBI, Vani Rao believes.

Most patients with mild traumatic brain injury (mTBI) recover. They may experience headache and difficulties with sleeping, memory or thinking, for example, but in a fortunate 70 to 80 percent, “Those signs that they’ve had a brain injury go away,” says psychiatrist , who directs the Johns Hopkins Department of Psychiatry’s Brain Injury Clinic.

Yet for patients who don’t snap back, life can take a nosedive. “Perhaps 20 percent continue to suffer neuropsychiatric symptoms,” says Rao. The anxiety, depression or wayward cognition—even when the latter is subtle—dismantle day-to-day function.

Now Rao and colleagues are researching how to improve the outlook for all mTBI patients. Recently, they made a significant step—an answer to what Rao calls “the million-dollar question,” namely, who, exactly, will recover? And it appears to lie in noting the sleep difficulties that begin soon after mTBI’s causal injury.

“We see a lot of patients with mTBI who struggle with falling asleep or maintaining it, or daytime sleepiness interferes with their work,” she says. Other clinicians back up Rao’s observations. And earlier, her team confirmed this in a study of roughly 50 patients seen within three months of their injury.

In the recent work, Rao and Johns Hopkins colleagues, including Una McCann and Michael Smith, showed that these early sleep disturbances can predict who’s still likely to have increased anxiety, depression and/or apathy a year later. The results held both for mild and more severe TBI.

What underlies this poor sleep? Rao can’t say for sure. It may be pain from bodily injuries. “Or perhaps painkillers or other medication is at fault,” she adds. “Mostly, though, we suspect subtle neuronal injury to the brain.” After the initial injury, a cascade of changes take place—most not picked up by usual brain scans or standard cognitive testing.

These changes precede the sleep symptoms. An earlier study by Rao enrolled seven people within a week of their traumatic event. They underwent a two-day sleep study with a polysomnogram of their responses. Those who would later be diagnosed with TBI had sleep patterns that were far from normal.

“So sleep changes can help diagnose mTBI,” Rao explains, “as well as predict its outcome.

“Our next step is to see if treating sleep problems early on lessens or even prevents psychiatric symptoms and the distress they bring. That would be a real find, because we know how to treat sleep problems.”