Call It a Bloodless Coup 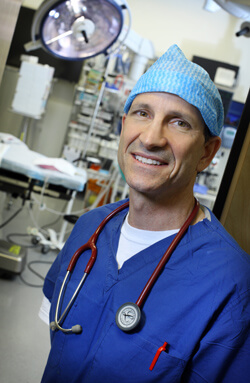 Though some form of the “bloodless surgery” that lowers the need for transfusions has been around almost two decades, a new body of clinical research looks to cement its hold at Johns Hopkins and extend it to more patients. Also, new work suggests now may be the time to rethink assumptions about blood-banking.

“We’re seeing that we can do a lot more with less blood during surgery and afterward,” says anesthesiologist Steven Frank, medical director of The Johns Hopkins Hospital’s umbrella program for bloodless medicine and surgery. “Our aim is to reduce transfusions by 10 to 20 percent throughout our medical system.

“The tactics we use don’t only benefit those who traditionally refuse transfusions for personal concerns about contamination or, like the Jehovah’s Witnesses, for religious beliefs. We’ve come to see bloodless surgery as best practice for more patients in general.”

What drives the new goal, Frank says, are four landmark studies—the most recent including Johns Hopkins data. All the trials followed large numbers of patients during hospital stays, comparing survival based on whether or not their hemoglobin levels had been boosted by transfusions. The trials varied in details, though all involved very sick people experiencing blood loss.

“The bottom line,” says Frank, “was that patients held to a lower hemoglobin reading before getting transfusions* did just as well or better than those transfused at a traditional higher triggering point. So we see no advantages in routinely giving extra blood. All you do is introduce cost and risk.

One remedy, however, lies in reducing blood bank demand.

The benefits of blood conservation, Frank says, are clear: They lower risk. They lower cost. And they improve outcomes.

*The gold standard has long been 10 grams of hemoglobin per deciliter of blood. Hopkins is considering a new 7-8 g/dl threshold for many patients.