Physician Update - Getting Tics to Fly Under the Radar

Getting Tics to Fly Under the Radar 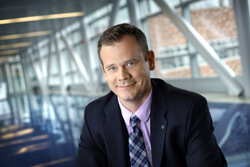 At the close of a Johns Hopkins video, Rob Gray* looks like any other 13-year-old—T-shirt, jeans, sneakers—a boy calm and with an amiable expression. That’s in contrast to the video’s first minute, when a hammering of vocal tics reveals a teenager in the tight grasp of Tourette’s disorder. The difference stretches belief.

It also marks the value of a behavioral-based approach to Tourette’s, a therapy that Matt W. Specht and colleagues hope to refine. CBIT (comprehensive behavioral intervention for tics) is lasting and without side effects, Specht says. It works by first raising kids’ awareness of the whole tic chain, starting with the unpleasant urge that precedes the tic. Most important, it trains a patient to replace the tic with a less noticeable behavior—“one purposely incompatible with it,” Specht says.

In Gray’s case, for example, his shouting was interspersed with rude words typical of coprolalia. So Specht taught the teen to use rhythmic diaphragmatic breathing at the urge to swear, to move his tongue forward and subtly clench his teeth—strategies an outsider wouldn’t see, ones to let Gray to ride out the urge.

As for the video, it’s part of Specht’s recent work to explore the workings and safety of behavioral treatments. As part of it, Gray and others like him were told to give their tics free rein for a short time, then, at a signal, to intentionally suppress them via the new tactics.

“Other than our group and a handful of others, nobody is using CBIT for tics,” he says. “That’s disturbing.” It’s not that the technique’s merit is in question. In 2010, a landmark national study co-run by a Hopkins team showed that CBIT lowered tic severity roughly a third, on average. Overall, 53 percent were much or very much improved, with an additional 20 percent having some benefit. Also, CBIT brought improvement on a par with today’s best drug treatments.

“The problem,” says Specht, “is a pervasive worry that suppressing tics is harmful, that ‘holding them in’ all day at school unleashes explosions afterward.” There’s also the idea that damping one tic type will worsen others. This year’s study, however, showed none of that is likely. “We found that tics can be suppressed for prolonged periods, especially in a rewarding environment, without a rebound afterward.”

And though the kids’ urges to tic didn’t change over the study, Specht says this and other work suggest that they ultimately become less noticeable. “In some way these strategies work on the urge,” he adds, “and doing that, we believe, mediates broader changes in patients.”

Specht can’t hide his delight at what Gray told him following short but concentrated therapy. The young man was finally able to return to school after being isolated at home for months. The first hour back, he said, was the hardest. But then I knew: This is it! I can fly under the radar.