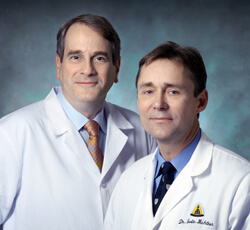 The Johns Hopkins Hospital continues to be ranked best in the nation for neurology and neurosurgery by U.S. News & World Report—a designation that would be impossible without our world-class clinicians and researchers. But behind the scenes of this top standing are our dedicated patients, research volunteers and donors. All are showcased in this issue of NeuroNow.

On the cover, we tell the story of patient David Beach, who came to Johns Hopkins after a failed surgery to repair his spine. Though his Johns Hopkins neurosurgeon, Dan Sciubba, corrected his problems in a major two-day operation, Sciubba says that he deserves only part of the credit: Through an enormous effort involving physical therapy and exercise, Beach is back to the adventure sports that he loves.

On page 2, we highlight Johns Hopkins neurologist Ned Sacktor’s research on the neurocognitive problems associated with HIV infection. An important part of Sacktor’s work focuses on patients in Uganda, volunteers whose willingness to participate in research is helping to significantly advance this field.

On page 3, we tell the story of donors George and Mary Nell Berry, a couple who have given more than $1 million over the past several years to support research into hydrocephalus. Their donations have helped researchers to delve into the origins of this condition in children and adults and to investigate revolutionary new treatments. In a time of limited grants by the National Institutes of Health, the traditional funders of most biomedical research in this country, the Berrys’ gifts help our physician-scientists to perform riskier research that may not win NIH grants but could have an incredible payoff in the long run.

We want to give a sincere thanks to all our donors and patients. Without you, our life’s work wouldn’t be possible.