NeuroNow - To Combat a Rare Disease

To Combat a Rare Disease 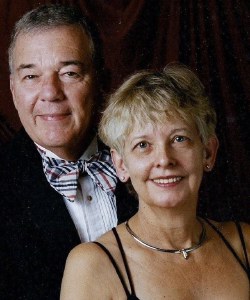 Paul Cinquegrana loved Italy. So did neurologist David Zee. And both men enjoyed nothing more than talking about Tuscany, Siena and Italian cuisine. At his first meeting with Zee, in 2001, Cinquegrana learned that he had multiple system atrophy (MSA), a rare neurological condition that shares many symptoms with Parkinson’s disease. During their meetings in the years that followed, the pair would of course talk about Cinquegrana’s condition. And Zee would also describe the research he was conducting that related to the disease. But their conversations inevitably gravitated to the topic of Italy.

Paul Cinquegrana died in 2007. Last year, partly in recognition of her husband’s close rapport with Zee, his widow, Betty, made a donation to support the work of a research fellow in Zee’s lab.

“It was amazing,” says Betty Cinquegrana. “Dr. Zee could give him such bad news, and Paul still wanted to go see him.” The gift, she says, “is an appreciation for Dr. Zee’s being such a wonderful diagnostician and a wonderful doctor, plus the hope that it will help others with this disease.” Her husband, she says, had visited at least seven doctors in search of an explanation for his symptoms before a neurologist in the community referred him to Zee, who diagnosed MSA.

Zee told Paul Cinquegrana that there was no cure or specific treatment for the disease, only ways to manage its symptoms. Cinquegrana vowed to make the most of his remaining years. As his health declined, he continued to do the things he enjoyed: meeting with friends, playing bridge and working as a stockbroker. He also decided, several years into his illness, that he wanted to allocate a portion of his assets for Zee’s research.

To follow through, Betty Cinquegrana is helping research fellow Jing Tian, who is working with Zee on a study designed to gain insights about the area of the brain that deteriorates in MSA.

“The idea is to learn how the brain learns,” explains Zee, and to explore whether it is possible to promote learning in one area of the brain so that it might compensate for a loss of function in another. He and Tian focus on the cerebellum, the area of the brain that oversees motor functions. In MSA (and many other neurological conditions), nerve cells in the cerebellum die, and patients gradually lose their ability to perform voluntary movements such as walking, shifting their gaze or swallowing. Patients also experience deterioration of involuntary functions such as control of blood pressure and heart rate.

Zee, Tian and their colleagues, graduate student Minnan Xu and Professor of Biomedical Engineering Reza Shadmehr, are studying whether a noninvasive technique called transcranial magnetic stimulation might help in conditions such as MSA. In this technique, an electromagnet is used to generate painless electric currents that stimulate nerve cells in the brain. The researchers hope that they can use the technique to stimulate a healthy area of the brain and instruct it to take over a function that the cerebellum no longer performs.

MSA is not the only disease that affects the cerebellum, notes Zee. So do stroke, trauma and a number of other conditions. “The more we learn about promoting recovery and adaptation in this region, the more we can apply these findings to a number of conditions,” says Zee.

“Anything that will help others with MSA,” says Betty Cinquegrana, “would be a welcome advance.”