The Migration of Gastric Cancer to the GE Junction 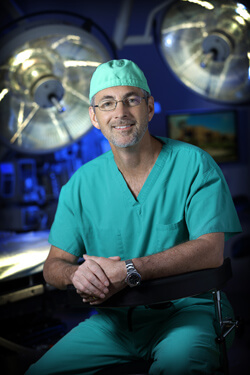 Over the last 100 years, gastric cancer has fallen from being the number one cancer in the U.S. to one of the top ten. Another change that has taken place is where it tends to physically occur in the body. “Now, in addition to lower in the stomach, it’s also frequently found at the stomach’s junction with the esophagus,” says surgeon Nita Ahuja, head of mixed tumor services at at The Johns Hopkins Hospital.

The symptoms of cancer at the gastroesophageal (GE) junction are similar to those of other cancers in the upper gastrointestinal tract: reflux, a change in the esophageal lining, unintended weight loss, difficulty swallowing or eating, and anemia. The demographic, however, is different. “We’re seeing a younger group of Caucasian males in their 30s and 40s with these tumors,” says Ahuja.

Before deciding on a surgical approach to remove a GE junction tumor, Ahuja says it’s paramount to pinpoint exactly how high up on the esophagus or how low down on the stomach the cancer stretches.

After an endoscopy and CT scan, an endoscopic ultrasound maps out the tumor, including whether it reaches the lymph nodes, and helps determine whether to administer neoadjuvant therapy. “People with locally advanced gastric cancer survive longer when they have chemotherapy up front,” says Ahuja.

When the cancer is gastric, Ahuja says the standard procedure is a regional lymphadenectomy to remove the nodes around the stomach, but she and Duncan prefer an extended lymphadenectomy to take out a wider area of nodes. “If you get enough nodes,” she says, “it increases survival.”

This practice of taking out more nodes was adopted from Japan, where the incidence of gastric cancer is significantly higher. Because the disease is so widespread there, Duncan encourages earlier endoscopies in the U.S. for Japanese patients who report gastric symptoms. He says people from China, Korea, Iran and Chile are also at higher risk.

Even though gastric cancer is no longer a leading cancer in the U.S., it remains the fourth leading cancer in the world. At the Johns Hopkins Gastric Cancer Center, Duncan and Ahuja work with surgeons, medical and radiation oncologists, and gastroenterologists to personalize treatment for every patient—including those with cancer at the GE junction.

“There are many different options,” says Duncan, “and we have the ability to do each one.”