Straightening Out a Common Hand Concern 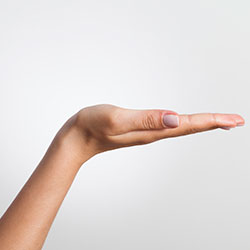 For some people, the simple act of laying a hand flat on a table can prove painful or impossible.

Marked by abnormalities in the soft tissues around the palm and fingers that prevent them from straightening, Dupuytren’s contracture is a fairly common disorder that, left untreated, can be debilitating. Though it occurs most commonly in people 60 and older, some develop it as early as their late 30s.

No one knows exactly what causes Dupuytren’s, though genetics are thought to play a role, says Jaimie Shores, M.D., a plastic and reconstructive surgeon at Johns Hopkins. “It occurs at a different speed and time in each person,” he explains. “People might develop lumps or pits in their palms, and their fingers may start to flex downward. Eventually, they can no longer straighten their fingers.”

Fortunately, Shores says, there are several treatment options. For severe cases, surgery might be performed to remove the troublesome tissue. There are less invasive procedures as well, including using a needle to break up the hardened tissue.

Recently, an even less invasive procedure has become available, Shores says: an injectable that is inserted into the fibrous tissue. The day after the procedure, the person returns and a physician physically manipulates the hand to break up the tissue.

Because Dupuytren’s contracture is a progressive disease, Shores says it can recur regardless of the treatment—as early as months later for some, but years later for most others—and additional treatment may be needed. “If it becomes problematic again,” he says, “improvement may still be achieved using the same treatment or an entirely different treatment, depending on the characteristics of the disease at that point.”