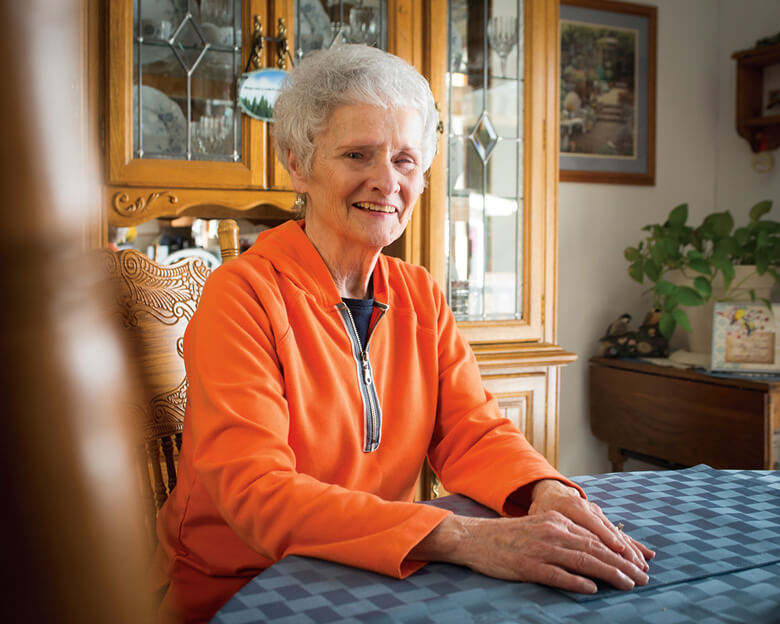 Patricia Wright has no intention of hiding her joy. After all, she’s been given the chance to reclaim the interests that mean so much to her. Today she is an active member of her church, an avid gardener and a wicked Wii bowler. But it wasn’t that long ago that she found herself nearly crippled by symptoms that seemed unrelated.

Wright suffered through 18 months of bladder problems, memory lapses and balance issues. She sought help from specialists, but it wasn’t until she met Johns Hopkins neurologist Abhay Moghekar, M.B.B.S., that she received an accurate diagnosis of normal pressure hydrocephalus, or NPH. Moghekar was the first to connect the dots between the three seemingly distinct but cardinal NPH symptoms—bladder problems, balance issues and memory loss—coupled with enlarged ventricles in Wright’s brain.

“The symptoms are so common that we tend to assume they’re related to aging or other conditions,” he says. “You have to have a high index of suspicion to pursue this diagnosis.”

NPH typically occurs in older adults when excess cerebrospinal fluid gradually builds up, causing the ventricles in the brain to become enlarged. Neurosurgeon Daniele Rigamonti, M.D., placed a shunt inside Wright’s brain to relieve the pressure and allow the fluid to drain into the area surrounding her abdomen, where it was naturally absorbed. “My symptoms were so bad that I needed a cane to walk, and I could barely turn over in bed,” says Wright. But today she is on the move.

“I can’t sit still!” she says. “The improvement is unbelievable. I have so much joy in my heart, friends call me the Lady of Joy.

Watch Patricia Wright talk about her journey at hopkinsmedicine.org/mystory