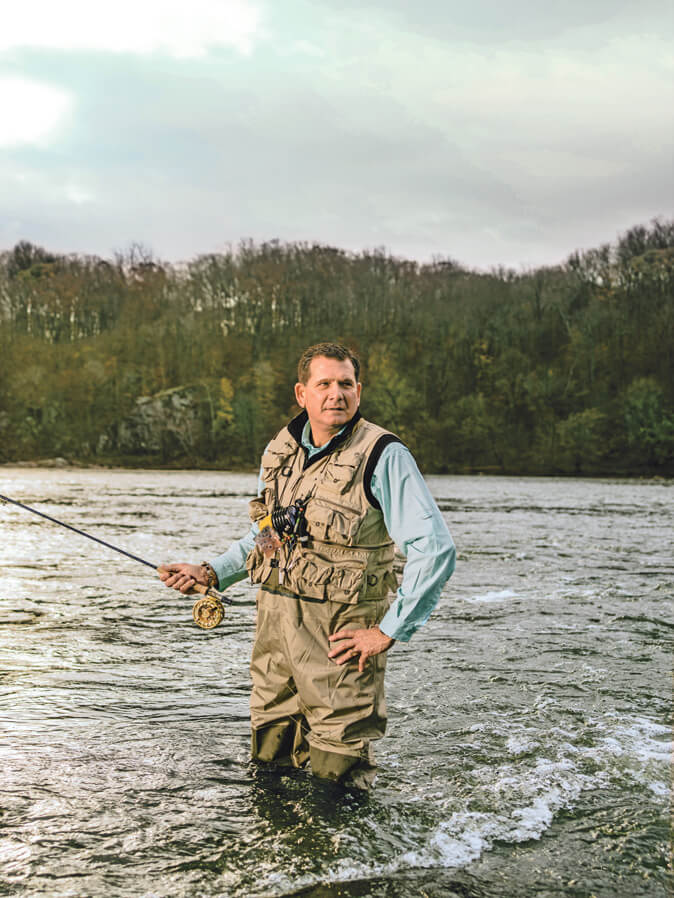 Don’t tell Cook Edens he can’t, because he can and he will—even in the face of great adversity. Diagnosed five years ago with pancreatic cancer, the 55-year-old outdoors enthusiast has not let his disease get the best of him.

When a debilitating bout of pancreatitis sent Edens looking for answers, he and his wife, Kelly, began researching pancreatic centers and found their way to Johns Hopkins, where he was placed under the expert care of pancreas surgeon Christopher Wolfgang, M.D., Ph.D. Wolfgang discovered cancer in Edens’ pancreas, and in December 2010, Edens underwent the Whipple procedure to remove the head and neck of the pancreas. “It’s a difficult surgery to recover from,” says Wolfgang, “but Cook had a strong will to live.”

Just two weeks postsurgery, Edens was in the kitchen preparing Christmas dinner. A month later, he flew to Texas to go quail hunting before starting adjuvant therapy and chemotherapy. Throughout nine months of treatments, he continued to coach both his boys in sports, as well as enjoy ski trips and horseback riding.

Unfortunately, Edens’ pancreatitis returned. In January of 2015, Wolfgang, who feared a second cancer had developed, and his team removed the pancreas and the spleen. And though the surgery was extensive and the recovery process a challenge, Edens was strong enough to take his family heli-skiing for nine days in March.

“I lost strength and energy, but I never gave up,” he says. In June of last year, Edens was declared cancer-free.

“Although most people think pancreatic cancer is a death sentence,” says Wolfgang, “he’s showing us that it doesn’t have to be.”

Cook Edens describes how he wasn’t going to let his illness define him at hopkinsmedicine.org/mystory