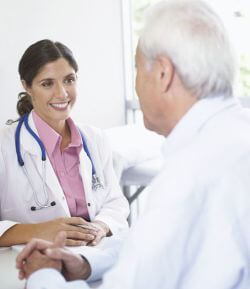 The facts versus the hype of this surgical technique

Although minimally invasive surgery is nothing new, the number  of conditions that can be treated  with it continues to grow. Despite its surging popularity, however, it isn’t always the right answer.

How do you know, then, when it’s right for you?
In its broadest terms, minimally invasive surgery can be used anywhere there is a cavity, or a potential cavity, in the body, says Anne Lidor, M.D., assistant professor of surgery at The Johns Hopkins Hospital and a leader in physician training and education in minimally invasive surgery. It typically replaces open surgery with those involving small incisions, robotics or lasers.

“The impetus for it is to decrease pain and improve convalescence,” adds Mohamad Allaf, M.D., director of minimally invasive and robotic surgery in the Department of Urology. There are all types of minimally invasive surgeries for all types of conditions, he says. Most people tend to think of laparoscopic surgery, during which a telescopic lens magnifies the area of surgery and enables a doctor to operate within the confines of a small incision.

Technology has improved so much that surgeries can be conducted using a robotic arm that works in ways a surgeon’s hands or fingers cannot, says Allaf, whose department performs more than 1,000 minimally invasive surgeries a year.

The most common in the U.S., Lidor says, is laparoscopic gallbladder surgery. But the technique can be used almost anywhere in the body for a multitude of conditions, ranging from pancreatic cancer to weight-loss surgery.

But before you jump on the minimally invasive bandwagon, consult with your physician first; the technique is not for everyone. Allaf points out, for example, that a patient with a large tumor will likely require the traditional open surgery, as there is rarely enough space to operate laparoscopically. Also, “patients with lots of previous abdominal surgeries, with lots of scar tissue, can’t always have laparoscopic surgery,” Lidor says. “The same is true if you have a bad heart or lungs. You have to look at the individual patient.”


Excluding Factors
The ideal candidate for minimally invasive surgery is a healthy patient who has never had previous surgery. Despite how the term is bandied about, however, it’s not always the best option. If any of the following conditions apply, minimally invasive procedures may not be for you.

For more information, appointments or consultations, call 877-546-1872 or visit hopkinsmedicine.org/minimally_invasive_robotic_surgery.