When he needed heart surgery, Jim Watkins chose Johns Hopkins for its expertise and reputation 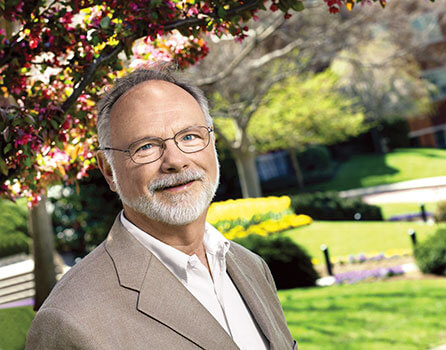 I had known my mitral valve wasn’t working the way it should since 2000, but doctors said it wasn’t bad enough to do anything about except keep an eye on it.

That all changed in late 2013, when my routine checkup and tests showed a rupture in my mitral valve that would require surgery to repair.

I didn’t want to have the kind of surgery where they crack your chest open, so I started looking into robotic surgery that uses a much smaller incision so you recover faster. In January, a hospital with a great reputation told me I was a good candidate for the robotic procedure. But they couldn’t get me on the schedule until after a planned vacation in May.

At age 68, I didn’t want to wait that long. So I called Johns Hopkins. A few minutes later I was on the phone with Kaushik Mandal, M.D., who could do the surgery on Valentine’s Day.

He reviewed my test results and had me come to Baltimore a couple of days before the surgery for a heart catheterization. The other hospital didn’t do that test, but Dr. Mandal said he needed it to confirm I was a good candidate for the robotic surgery. Fortunately, I was.

Just seven days after surgery, my wife, Lisa, and I had dinner with friends in Washington, D.C., before we returned home to Kansas.

People ask why I went all the way to Johns Hopkins, and I tell them I wanted the best. I’ve never needed any pain medication since the surgery, and I’m back to my active life—including taking a trip to Europe with Lisa. I couldn’t be more pleased with the way everything turned out.

The Right Procedure for Every Patient
A robotic-assisted mitral valve repair is an option for about 80 percent of people, but thorough presurgery tests are essential, says Kaushik Mandal, M.D., a cardiothoracic surgeon at Johns Hopkins.

People need to be checked for narrowing of their arteries due to a buildup of plaque called atherosclerosis. Those people aren’t good candidates for robotic surgery, but most of them can still have traditional open-heart surgery. There are other minimally invasive options for patients too sick to undergo major surgery, such as a percutaneous mitral clip.

“My colleagues and I offer the full spectrum of these options,” Mandal says. “The first priority is having a safe and durable repair, which is why we carefully screen every patient to determine the best approach.”