Johns Hopkins Health - Forget About It! 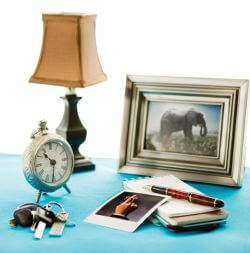 Our memories may be our virtual libraries, but—eventually—some forgetfulness is OK

Oscar Wilde called memory “the diary that we all carry about with us,” and most of us cram that diary daily with information ranging from major events to the smallest details, whether we want to or not.

That’s OK. Our brains can handle it—to a point. It’s when we get to that point that many of us freak out. Quips about “senior moments,” “losing it” and “hello, is anyone in there?” come to mind. Some of us brush it off as too much going into our virtual libraries. Others are invaded by thoughts of Alzheimer’s or dementia.

The Aging Mind
The truth about how memories are retained, recalled and produced—as well as when, how and to what degree our minds begin their subtle slips and stumbles—has kept memory researchers on their synaptic toes for decades. Much is as unclear as the very fog that might thwart our brain’s summoning abilities.

But at least one thing is plain, says Constantine Lyketsos, M.D., director of the Johns Hopkins Memory and Alzheimer’s Treatment Center: “As we age, the size of our brain decreases and our cognitive abilities decline,” he says.

In fact, the brain’s volume peaks in our early 20s, and then begins its gradual descent. In our 40s, our cerebral cortex—a key player in memory—begins to shrink. That’s when you might begin to notice subtle changes in your ability to do more than one thing at a time or to remember things like people’s names.

What’s more, smaller amounts of neurotransmitters are produced, neurons themselves shrink, and brain blood flow is reduced by 15 to 20 percent from age 30 to 70. None of this changes our memories. They don’t disappear or get shoved out of the way. Rather, it changes the brain’s ability to retain and recapture them.

There’s definitely some inevitability in play, Lyketsos says. But along the way there also are significant variables and individual differences that affect what happens with your memory.

“Not everyone ‘grays’ at the same time,” he says.

Keeping What You’ve Got
Genetics plays a role, but so do other external factors such as stress, diet and nutrition, lack of sleep and being overweight. Depression in late life is often accompanied by memory loss. Even certain medications—prescription or over-the-counter—affect our memories.

Barring such influences, even the smallest suggestion that we’re not somehow in complete control of our memories throughout our lifetimes can chill us to the bone.

Neurologist Richard O’Brien, M.D., says we should probably get over that. Focus instead on those outside factors that can improve our brains’ ability to get to what’s already stored or to store something new.

“By the time we’re 80, our memory function might be reduced by up to 50 percent,” he says. If you’re not using it, you could be losing even more. And there is evidence that we can keep our brains fit. Reading, doing crossword puzzles, continuing education, playing an instrument and having a pet are all activities that have the potential to boost cognitive activity.

Studies also show that physical exercise protects cognition, and therefore memory, by improving blood flow to the brain. Stress, on the other hand, will wear and tear down your brain.

Are You Losing It?
If you’re concerned about distinguishing what’s considered “normal” age-related memory loss from something more serious, look no further than your ability to question it in the first place.

“Most people with Alzheimer’s, for example, don’t have any insight into their disease,” O’Brien says. They’re not going to be wondering if they have it. A common adage puts it into context: “Don’t worry if you forget where you put your car keys; only if you’ve forgotten what they’re used for.”

Unfortunately, even that bit of self-awareness can be elusive for people with Alzheimer’s disease, the most common form of dementia. By the time the condition is recognized—by family members or family physicians—Alzheimer’s has been doing its dirty work for decades.

“The changes that are occurring in the brain are happening long before the symptoms appear,” Lyketsos says. Today, Johns Hopkins researchers are looking at various Alzheimer’s questions, including disease-modifying drugs, risk-factor reduction, and behavioral and biological markers that can predict the disease before its symptoms appear.

For the vast majority of people, though, a fading memory isn’t a symptom of disease, but
a fact of life. When you’ve misplaced your glasses for the fifth time or seem to be having more “tip of the tongue” incidents than you’d like, that’s no consolation. But you can take steps to keep your memories intact—even if you have to tie a string around your finger to remind you what they are.


Predicting Alzheimer’s
Diagnosing Alzheimer’s disease before severe memory and lifestyle changes occur has eluded doctors for years. Psychiatrist Constantine Lyketsos, M.D., and neuroscientist Marilyn Albert, Ph.D., are looking at behavioral and biological markers that could predict Alzheimer’s decades before the onset of symptoms.

“That’s important for a couple of reasons,” Albert says. “An earlier diagnosis increases the success of medical treatment. And, from a humanistic viewpoint, it makes it easier for families to plan caregiving.”

In one study, imaging has revealed intriguing information about changes in the brain that are protecting people against Alzheimer’s. Albert says the idea is to eventually intervene even before mild impairment appears.

Stroke and Dementia
We all know the popular sentiment: “Take my hands, take my legs; just don’t ever take my mind.” Now, a Johns Hopkins study may show more aging people how to stave off dementia even as Alzheimer’s disease invades their brains.

The secret? Reduce your risk of stroke. “It turns out that your brain can absorb an awful lot of Alzheimer’s pathology and still be normal,” says neurologist Richard O’Brien, M.D. “But, hit it with one extra stroke and it’s over.”

We haven’t found a way to stop Alzheimer’s yet, O’Brien adds. “But,” he says, “we’re learning how to tackle its partner in crime—cerebrovascular disease.”

Go to johnshopkinshealthalerts.com/memory to get more tips or to have memory alerts e-mailed directly to you.

Download a podcast to listen to memory expert Constantine Lyketsos, M.D., talk about the difference between normal memory loss and dementia disorders such as Alzheimer’s disease—as well as the simple tests physicians do to know for sure.