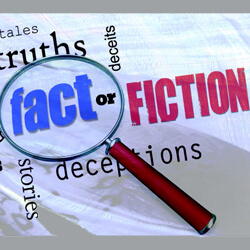 Myth: Eating too much sugar can cause diabetes.
Truth: “Type 2 diabetes can be caused by genetics, diet and lifestyle factors and multiple other unknown factors that trigger the onset of the disease,” says endocrinologist Kendall F. Moseley, M.D. "Eating too much sugar can cause weight gain, which can absolutely increase a person’s risk for the disease, but it is unlikely that sugar consumption itself leads directly to type 2 diabetes.”
Myth: Incontinence (loss of bladder control) is a natural part of aging.
Truth: “While older women are more likely than younger women to have problems with bladder control, it is not normal to leak urine, regardless of age,” says Victoria Handa, M.D., director, Johns Hopkins Women’s Center for Pelvic Health. “Incontinence occurs when your bladder muscles are too weak or too active. Women are at higher risk if they have had a child, are overweight or obese, or have other medical conditions. Most of the problems that cause urinary leakage can be treated effectively, so age should not be a barrier to seeking medical treatment.”
Myth: Everyone needs eight hours of sleep.
Truth: “Most people get optimal benefits from about eight hours of sleep. We should all try to allow for that amount most nights, rather than shortchanging ourselves with activities too late at night or too early in the morning,” says David Neubauer, M.D., sleep medicine specialist. “It certainly is true that plenty of people survive on a lot less sleep, but usually there are negative consequences. While eight hours is a good target, some people are fine with a little less, and some actually need a little more to be at their best. Studies almost unanimously find the range of seven to eight hours of sleep to be the sweet spot for adults with regard to positive health outcomes.”
Myth: Everyone has cancer cells.
Truth: “Cancer is a genetic disease resulting from a variety of mutations and alterations either inherited from our parents or, more commonly, acquired over time due to environmental exposures and behaviors, such as smoking and poor diet,” says Luis Diaz, M.D., a clinician-scientist in the Ludwig Center for Cancer Genetics at the Kimmel Cancer Center at Johns Hopkins. “Among the trillions of cells in the human body, inevitably everyone has some abnormal or atypical cells that possess some of the characteristics of cancer cells. Most resolve themselves and never result in cancer.”
Myth: I’ll know when I’m having a heart attack because I’ll have chest pain.
Truth: “Although most patients having heart attacks complain of chest pain or pressure, not all do,” says Jeff Trost, M.D., cardiologist. “Some people experience shortness of breath, arm, neck, jaw or back pain without accompanying chest pain. Others complain of feelings of indigestion that they falsely attribute to a stomach problem rather than a heart attack. Some patients–like the elderly or diabetics–may have no symptoms whatsoever.”