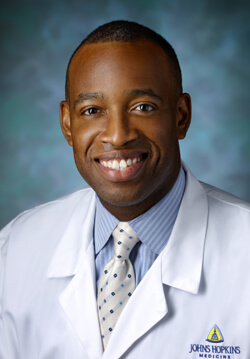 “Obesity is a well-known ‘accomplice’ in the development of heart disease, but our findings suggest it may be a solo player that drives heart failure independently of other risk factors that are often found among those with excess weight,” says Chiadi Ndumele.

While it is commonly believed that the incidence of heart disease in severely overweight people is driven by diabetes and high blood pressure, researchers from Johns Hopkins and elsewhere are finding otherwise.

Using an ultrasensitive blood test to detect the presence of a protein that heralds heart muscle injury, researchers led by Johns Hopkins cardiologist Chiadi Ndumele found that obese people experience silent cardiac damage that fuels their risk for heart failure down the road.

For the study, investigators measured body mass index (BMI) and the levels of a heart enzyme released by injured heart muscle cells in 9,500 individuals for more than 12 years. Levels of the injured heart enzyme rose proportionally as BMI went up, and during the follow-up, 869 people developed heart failure.

Severely obese people with elevated enzyme levels were nine times more likely to develop heart failure than people with normal weight and undetectable enzyme levels. The elevated risk persisted even when investigators accounted for other possible causes of heart damage, including diabetes, hypertension and high cholesterol.

Ndumele says the findings should be heeded as an alarm bell for clinicians to monitor their obese patients rigorously for emerging signs of heart disease.