Hopkins Pulse - No Longer Stopped in His Tracks

No Longer Stopped in His Tracks 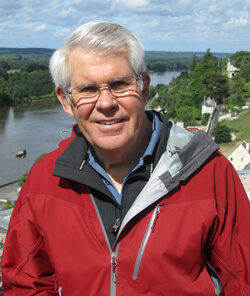 During a European vacation, Harry Kingsbery visits the Rhine River in France.

For someone like Harry Kingsbery, who loves the outdoors, warm weather brings opportunities for fresh-air activities. But when Kingsbery no longer enjoyed Virginia’s afternoon heat, there was a problem. “When it got hot, it triggered this pain in my face, arms and hands,” says the retired military professional. “My pain was getting too high, and I couldn’t function at 100 percent.”

To figure out what was causing the pain, Kingsbery visited his primary care doctor, who was unable to find anything. He referred Kingsbery to a specialist, but the specialist could not identify the problem either. In a period of about 18 months, Kingsbery saw more than a dozen different doctors. Finally, he says, a rheumatologist in Virginia referred him to The Johns Hopkins Hospital.

In 2008, Kingsbery visited The Johns Hopkins Hospital, and the first thing they did, he says, was rule out lupus. Then he saw a dermatologist; a neurologist; and an ear, nose and throat specialist. Like the specialists in Virginia, the Johns Hopkins physicians were stumped. The difference was they didn’t give up.

“One thing I really appreciate about the Hopkins system is when you come in, they are going to keep trying until they get you to the right person to see what is going on,” says Kingsbery.

Elizabeth Ratchford, the director of the Johns Hopkins Center for Vascular Medicine, heard about Kingsbery through a colleague of hers and thought she might be able to help. After meeting with him and going over questions for more than an hour, she identified the problem: erythromelalgia.

A rare disorder that typically affects the skin on a person’s feet or hands, erythromelalgia causes visible redness, heat and pain, and warm temperatures and mild exercise can exacerbate a flare-up. Although there is no cure, a number of medications have been shown to relieve the symptoms.

Over the next year, Kingsbery worked closely with Ratchford to try different combinations of medications and ensure he maintained a healthy lifestyle. Today, he says, “I am doing so much better. We have found the best approach to the disease for me.”

It’s been six years since Kingsbery got the answer to what was causing his pain and found the right treatment. Now he enjoys hiking the Appalachian Trail with his 11-year-old grandson.

Even though he feels better, Kingsbery continues to keep in contact with Ratchford. “For so long, we couldn’t find anybody to tell me what was going on. Then, because of the Johns Hopkins system, we found a physician who figured it out. Ever since then, she’s been my go-to doctor,” he says.

Because of his experience, Kingsbery makes regular contributions to support Ratchford’s ongoing vascular research and programmatic needs at Johns Hopkins. “The best way to sustain things in today’s world is through financial support,” he says. “When you find an institution that is so dedicated to medicine and taking care of people, you want to preserve whatever the magic ingredient is.”