Toward a Better Tomorrow

Mike Fingerhood and team are setting a new course in opioid abuse-related care. 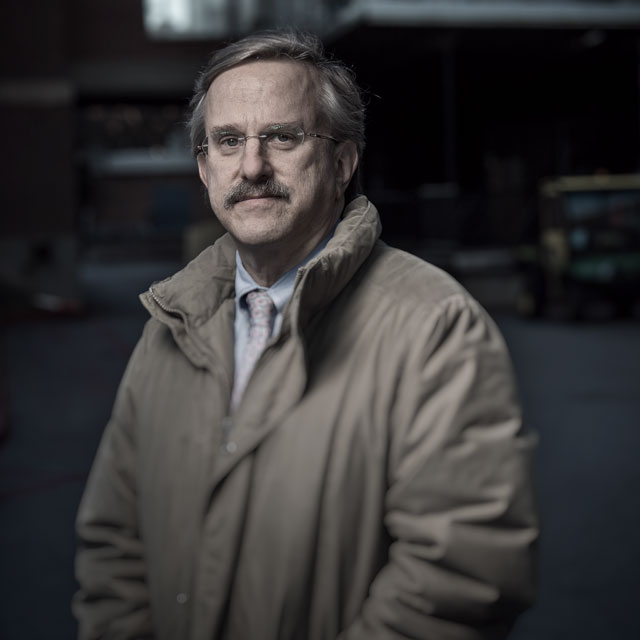 At the Bench: New Screen for Eight Cancer Types

Thanks to the efforts of otologist Frank Lin and colleagues, recently passed legislation will soon make it possible to buy over-the-counter hearing aids — reducing costs and expanding availability for people who need them.

Mouen Khashab has developed an endoscopic procedure to treat certain sufferers of gastroparesis.

“You put these goggles on, and it’s like looking at a 65-inch TV from 2 and a half feet away. The virtual reality capabilities display videos and still images that look like you are in an IMAX theater.”

Wilmer Eye Institute researcher Robert Massof, describing a new high-tech tool for people with low vision that combines a Samsung Gear VR virtual reality headset with a Samsung Galaxy phone. When a user views live video from the phone’s camera, a bubble on the screen magnifies the area of interest, and a touchpad on the side of the headset adjusts the size of the bubble and amount of magnification. Web content, streaming video and games can also be viewed with the system, which is now available through IrisVision (a company launched by Massof’s collaborator) for approximately $2,500.

Massof’s next step is to make it possible for the wearer’s eye movements to be tracked inside the headset so simple eye movements drive the view. “When reading or doing a visual search, you can make eye movements more quickly than head movements,” he says. “It’s a much more natural way to look at things.”