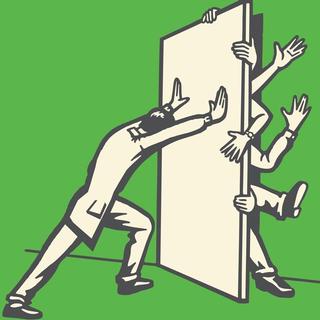 A secret shopper-style study by researchers at Johns Hopkins analyzing foot traffic in and out of operating rooms suggests that for the sake of patient safety, operating room teams may want to stay put more often.

For the study, published online Nov. 11, 2015, in the journal Orthopedics, investigators tracked the number and length of door openings during nearly 200 knee and hip arthroplasty surgeries performed at Johns Hopkins Bayview Medical Center over three months. They found enough door openings in nearly one-third of the procedures to potentially defeat the safety effects of so-called positive pressure systems meant to keep germ-contaminated air out of sterile ORs.

Most operating rooms in U. S. hospitals are fitted with systems that keep them at an atmospheric pressure slightly higher than the surrounding corridors. The design allows air to flow out of the OR when doors open, which prevents air potentially contaminated with infection-causing germs from flowing into the room. However, positive pressure systems can become overwhelmed when doors open too many times in quick succession or stay open too long.

Excessive OR traffic, the researchers say, is believed to be a common occurrence not unique to Johns Hopkins, and previous studies have documented frequent OR door openings during cardiac surgeries performed elsewhere.

“Our findings add to a growing body of evidence of a relatively common practice that could be a potential safety concern, and they raise questions about why doors get opened and how we can prevent or minimize the frequency and duration of behaviors that could compromise OR sterility,” says senior author Stephen Belkoff, an orthopaedic surgeon and director of the International Center for Orthopaedic Advancement.

Because the research team monitored door openings without the knowledge of OR staff, it’s impossible to say why they occurred in the first place. “What we know for sure is that there was a whole lot more traffic in and out of the OR than seems necessary or easily explained,” Belkoff says.

There was a single case of postoperative infection in the 191 surgeries monitored for excessive door openings, Belkoff notes, emphasizing that the cause of that infection was unknown. In addition, he says, infections are quite rare for arthroplasties, both at Johns Hopkins and in general. Indeed, Belkoff says, infection rates for knee and joint replacement at Johns Hopkins Bayview stand at less than 0.33 percent and 0.66 percent, respectively, well below the national averages of 0.89 percent for knee replacement and 1.26 percent for hip replacement.

“Yes, we have low infection rates, and yes, we take a great many precautions, but we cannot be complacent, and we must remain vigilant about practices that pose risk—theoretical or otherwise,” says co-investigator Simon Mears. “Excessive door opening is one such practice.”