The Freeze Is On 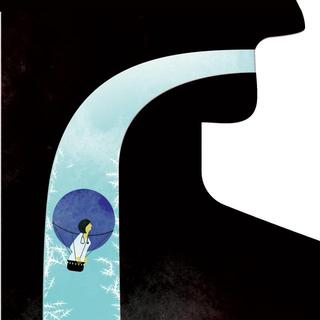 Almost 10 years ago, Johns Hopkins physicians and researchers were among the pioneers of a therapy that uses freezing gas to zap the cell clusters that can lead to cancer of the esophagus. Today, they are taking this therapy one step further.

First-generation cryotherapy, while effective, freezes everything in the endoscope’s path. The newer balloon-assisted technique spares healthy tissue and allows endoscopists to take more direct aim at patches of irregular cells.

The small, clear, coldproof balloon emerges from the endoscope and inflates inside a sedated patient’s esophagus, bringing the surface into clear view and making contact with the esophageal lining. Through the scope and the balloon, a physician fires several blasts of frozen gas directly at the abnormal areas, flash-freezing the surface of the esophageal lining and destroying the precancerous cells.

According to Canto, side effects from cryotherapy heal in as little as a week. The treatment reduces side effects, shows greater clinical success and is less expensive. Canto and colleagues authored an article to be published in Endoscopy reporting outstanding results using cryotherapy in patients with Barrett’s esophagus. Three years after undergoing the treatment, none of the 20 patients studied suffered a recurrence of Barrett’s.

Canto also studied 44 patients who had cryotherapy following unsuccessful radio frequency ablation therapy. After one year, 91 percent of those patients had no recurrence; at three years, 84 percent remained free of Barrett’s esophagus.