At the Bench: Of Printers and Patches 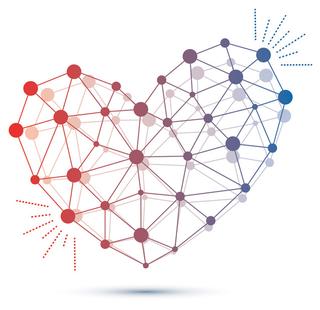 Patients with heart failure who aren’t faring well on cardiac medication but also aren’t candidates for complex cardiac surgeries could one day have their hearts repaired with cardiac patches being created by Johns Hopkins’ Narutoshi Hibino, who is using a 3-D bioprinter to create cardiac tissue.

“This technology is much simpler compared to a heart transplant or ventricular assist device,” says Hibino, a pediatric cardiac surgeon. “It has the potential to improve patient quality of life.”

To treat damaged heart tissue, some researchers have been studying the efficiency of stem cell injections; others are developing cardiac patches that contain manmade elements, like engineered scaffolding upon which the tissue grows.

Hibino’s cardiac muscle does not contain scaffolding. The tissue is created by a 3-D printer that helps form stem cells into tiny balls and then inspects them for their uniformity. Then, much like a series of miniature shish kebabs, the printer skewers the cell balls on an array of needles. The printer’s Japanese manufacturer refers to this as the “kenzan method” because the printer’s collection of needles look similar to a kenzan, the spiky pad used to arrange plants in traditional Japanese flower arranging.

Those cells fuse together after a few days. The needles are then carefully pulled out, leaving beating heart tissue that can live for a month in a lab dish.

Hibino hopes to begin testing the tissue patches in rats next year.