Returning to the Roots 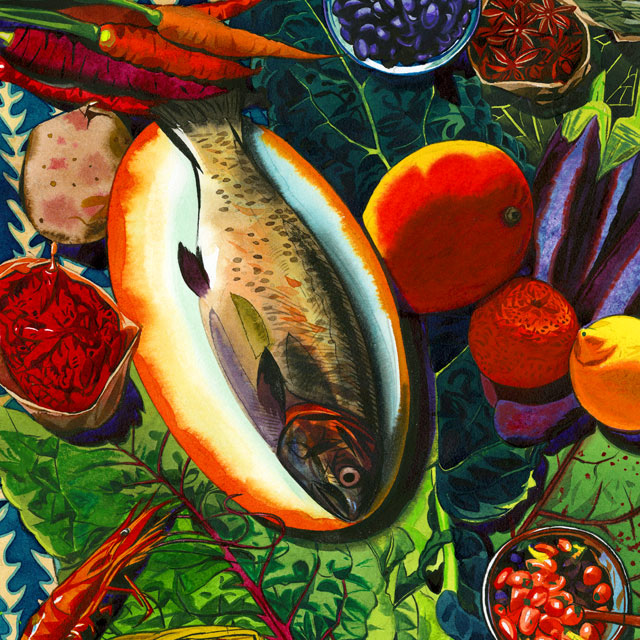 To test whether probiotics might reduce inflammation in HIV-infected patients, Adriana Andrade is co-chairing an ongoing clinical trial funded by the AIDS Clinical Trials Group that’s taking place at multiple sites across the country.

Ophthalmology: Linking to the Future of Keratoconus

A relatively simply surgery known as corneal cross-linking, which became available at Wilmer Eye Institute in late 2016, is cause for celebration for the sufferers of keratoconus, which occurs in about one in every 2,000 people.

Orthopaedic Surgery: The Fix Is In

At the Bench: Of Printers and Patches

Patients with heart failure who aren’t faring well on cardiac medication but also aren’t candidates for complex cardiac surgeries could one day have their hearts repaired with cardiac patches being created by Johns Hopkins’ Narutoshi Hibino, who is using a 3-D bioprinter to create cardiac tissue.

Radiology: A Clearer Picture of Plaque

Radiologist Bruce Wasserman has turned to MRI, developing new techniques that are, for the first time, offering an unparalleled view into the arteries and intricate vessels supplying the brain. By illuminating the very composition of the plaque itself, these new techniques could offer great value in stroke prevention.

Neurosurgery: A New Way Into the Brain

The traditional way to reach a deep-seated lesion within the brain is through an open craniotomy. While this route is effective at accomplishing the primary goal of accessing the tumor, it’s littered with collateral damage, says Johns Hopkins neurosurgeon Kaisorn Chaichana. Enter the minimally invasive tubular retractor, a device that Chaichana has recently incorporated into many of the procedures he’s performed to help mitigate these issues.

Oncology: “For us, this is the highest priority. It’s our Manhattan Project.”

Johns Hopkins radiologist Elliot Fishman and collaborators have embraked on The Felix Project, a multiyear, multimillion-dollar effort to improve the early detection of pancreatic cancer through use of sophisticated computer programs that teach themselves to read CT scans. The goal: to spot pancreatic cancers far sooner than humans alone can do, before they turn deadly.

The percentage of patients who kept their gallbladders despite biliary pancreatitis who had no recurrence four years later, according to a new study by Johns Hopkins researchers. “These findings tell us that there may be a way to avoid gallbladder removal surgery,” says Susan Hutfless, principal investigator of the study, published in The American Journal of Gastroenterology, which was designed as the largest-ever look at adherence to the accepted medical guidelines around pancreatitis hospitalizations. The finding about patients who do not adhere was incidental—but could have important implications in the future for the field of personalized medicine, the researchers say.