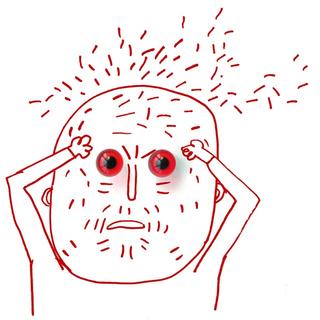 There’s no mistaking that Alzheimer’s disease poses a major threat: Some 5.3 million Americans live with the disorder—a number likely to double over the next 20 years as baby boomers age.

Now, growing evidence suggests that psychiatric (behavioral) symptoms can also be Alzheimer’s predictors. “For many years, we’ve been working backward—treating Alzheimer’s as a purely cognitive disease,” says Paul Rosenberg, associate director of the Johns Hopkins Memory and Alzheimer’s Treatment Center. “But behavioral changes can be widespread and disabling,” and pose the greatest challenge to caregivers.

“So, when I hear a spouse say, ‘My husband has never been a worrier, and now he frets over everything,’ or, ‘He used to be interested in everything and now has no get up and go,’ I have good reason to think Alzheimer’s is involved.”

The scenario is common enough that Johns Hopkins scientists, working with an international consortium, have coined the term “mild behavioral impairment” (MBI) to describe neuropsychiatric symptoms that can accompany, and possibly even predate, Alzheimer’s cognitive lapses.

The biology underlying Alzheimer’s behavioral symptoms is far from clear. But, surely, damage to specific nerve circuits is involved. And they likely overlap other, better-known Alzheimer’s pathways, Rosenberg adds, such as those for salience—the ability to judge something’s importance.

Rosenberg’s “big-picture dream” is to nail down who’s at risk for Alzheimer’s. “Our best chance of making a difference is to assess as early as possible,” he says. The near future should bring far fewer expensive brain scans and pedigree searches. Instead, he says, “we expect to combine cognitive tests, gene assays and other low-tech ways to diagnose Alzheimer’s.”

Mild behavioral impairment, of course, will be part of the mix.