Toward the end of Wolf Constellation, a gripping, fascinating mystery novel by Lauren Small (faculty, pediatrics), the widow of a longtime Johns Hopkins psychiatrist observes: “We’re all part of a chain, aren’t we? Bound by cords to the people who came before us, to what we know, and sometimes even more so to what we don’t.”

That is the leitmotif enveloping the characters in Small’s book, with a narrative that floats back and forth among the late 19th century through the middle of the 20th century to the present day. It spans the treatment of mental illness, from mystic exorcisms conducted by rabbinical faith healers in the 1800s to the anti-Freudian psychobiology theories of Adolf Meyer, founder of the Phipps Psychiatric Clinic, to today’s use of drugs to keep manic depression and hallucinations at bay.

Meyer makes a cameo appearance in the book, as does Leo Kanner, Johns Hopkins’ (and the nation’s) first child psychiatrist, but all of the remaining characters are fictional. With exceptional descriptive powers, Small vividly creates these figures and the many venues they inhabit, from a 19th-century Romanian village surrounded by mountains, forests and wolves, to a dismal, Depression-era tenement in the Midwest, to a lush estate on the north shore of Long Island in the late 1940s, to elegant locations in today’s Manhattan.

The fulcrum of the story is the effort by a young Johns Hopkins psychiatrist (who is a Meyer and Kanner protégé) to determine why a 15-year-old girl, the daughter of a wealthy, prospective U.S. senator, has become mute after the mysterious death of her 3-year-old brother. Interwoven in this story is the effort decades later by the manic-depressive daughter of that once-mute teenager—plagued by hallucinations of wolves, as others in her family have been—to uncover the mystery behind that unsolved death. Added to all of this are chapters on the generations that preceded these troubled souls.

Small, who holds a Johns Hopkins Ph.D. in comparative literature, is the co-founder of The Johns Hopkins Hospital’s AfterWards program in narrative medicine (See “From Kafka to Kendrick Lamar,” Fall 2015). Both this book and her first novel, 2009’s Choke Creek, have historic underpinnings that involved exhaustive research. That’s because, she says, “[I am] interested in the way the world is, but once I start looking at the way the world is, I feel I can’t really understand it unless I go back in time and see where the roots of things lay.”

In large part, the inspiration for Wolf Constellation was Small’s realization that family stories she heard about her great-grandmother, a Romanian immigrant she never knew, indicated that she had been a manic-depressive once hospitalized in a psychiatric ward and that a number of her descendants—first, second or third cousins to Small—also suffered from mental illness.

“That’s what got me interested about this question of how does mental illness play out through generations of a family, and over time, how do people react to and treat these mental illnesses? How does that change?”

It is a riveting inquiry—and the stories that Small weaves to pursue it make a page-turning tour de force. 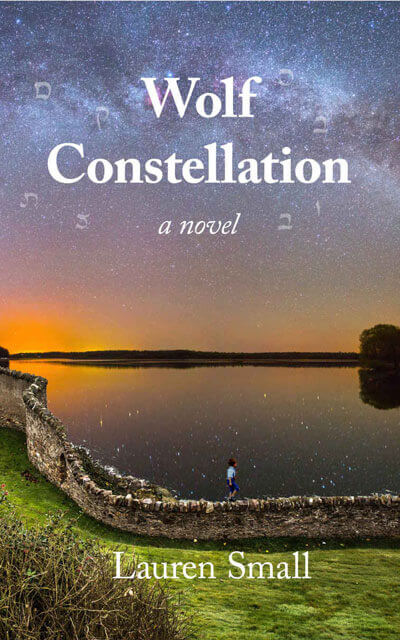 We’re all part of a chain, aren’t we? Bound by cords to the people who came before us.