This magazine’s readers may experience a flicker (or more) of recognition when they see the name Daniel Muñoz ’05 on the cover of Alpha Docs: The Making of a Cardiologist.

Muñoz wrote an insightful, engaging column, “The Learning Curve,” for each quarterly issue of Hopkins Medicine from 2002 to 2012, vividly recounting his experiences as a medical student, intern, resident, chief resident and cardiology fellow.

As Dale’s tape recorder spun and he occasionally asked questions, Muñoz described the clinical challenges, successes and failures he’d had during the “recurring career multiple-choice test” of a cardiology fellowship. He went through grueling rotations in cardiac consultation, nuclear medicine, preventive cardiology, heart failure and heart transplantation, cardiac intensive care, echocardiography and cardiac catheterization, all to help him determine what sort of heart doctor he wanted to be.

Dale transcribed the tapes, took a first pass at turning them into narratives, and then handed them over to Muñoz to heavily edit or rewrite. This ensured not only medical accuracy but preservation of Muñoz’s “voice” as the author. Their goal throughout this six-year project was to create a book accessible not only to established physicians and aspiring physicians but also to general readers—including patients.

They have succeeded splendidly. In simple, compelling prose, Alpha Docs captures the reader’s attention with gripping case histories, the astonishing breadth and complexity of top-notch medical training, and often wry, sometimes pointed character sketches of the attending physicians who trained Muñoz. Substituting for their actual names are the first or middle names of former U.S. presidents, such as “Dr. Franklin” (either Pierce or Roosevelt) or “Dr. Fitzgerald” (Kennedy). Those familiar with current faculty members can have fun figuring out just who’s who.

Now an assistant professor of medicine in Vanderbilt’s division of cardiology and medical director for quality for the Vanderbilt Heart and Vascular Institute, Muñoz says: “As I get further into my practice as an attending, with each day that passes, my appreciation for Hopkins grows.

“It’s a world-renowned institution for a good reason, but my particular appreciation is for the people who make it such. The teachers on the wards, the people I refer to in the book—[they made] lasting impressions and examples that I try to mirror in my work every day. That’s the part of the Hopkins experience that will be with me forever.” 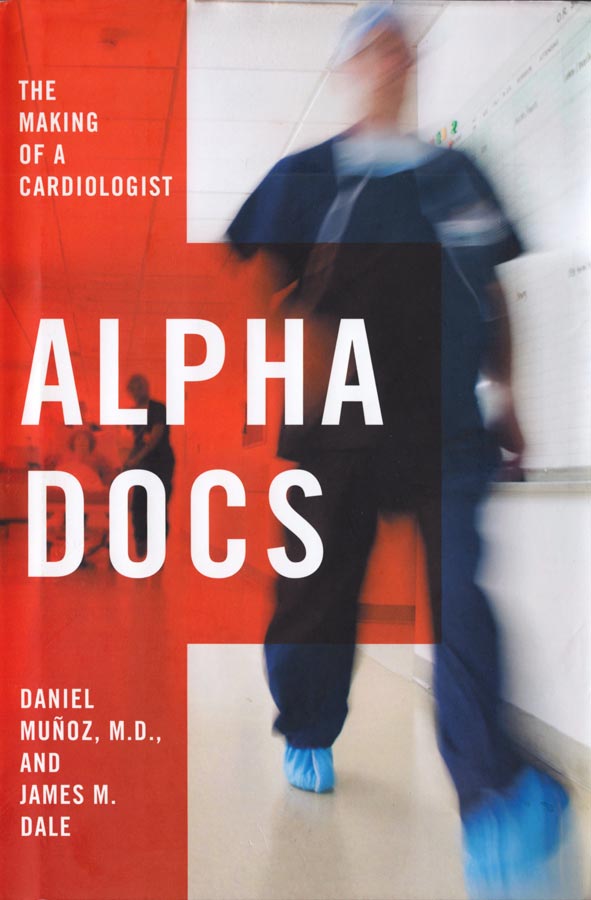 “It’s a world-renowned institution for a good reason, but my particular appreciation is for the people who make it such.”