The Health of the First Ladies: Medical Histories from Martha Washington to Michelle Obama

In 2007, Ludwig Deppisch ’64 published The White House Physicians, the first book to focus exclusively on the doctors who cared for every president from George Washington to George W. Bush. Now Deppisch has focused on yet another previously unchronicled area of medical history, producing the first book to comprehensively recount details of the health of the most important person in a president’s life: his spouse.

Because of their position, first ladies often were attended by the most prominent physicians of their times, but that was no guarantee that they received better treatment than what was commonly available. Martha Washington was subjected to bleeding for various illnesses and received “the bark” (quinine) for malaria—an affliction that also infected Abigail Adams, Sarah Polk and Lucretia Garfield. Smallpox, also a constant threat, prompted both Martha Washington and Abigail Adams to be pioneers in receiving inoculations against it.

Some first ladies’ illnesses remain difficult to treat even today. Martha Washington may have suffered from dementia in her later years; others suffered from rheumatoid arthritis—often referred to as “rheumatism.” Ida McKinley had epilepsy, which led to her often being heavily sedated. Helen Taft had a significant stroke that was initially diagnosed as “nervous hysteria.” Johns Hopkins’ Lewellys Barker, the successor to William Osler, was called upon to help treat her for the loss of her ability to speak. Other Johns Hopkins physicians, such as surgeon J.M.T. Finney, have also been summoned to the White House—in Finney’s case, to consult on Florence Harding’s acute kidney infection.

When voters choose a new president next year, it is likely a new “first physician” will be appointed to head the 22-member White House Medical Unit—and treat any ailments (one hopes none) that the next first lady encounters. 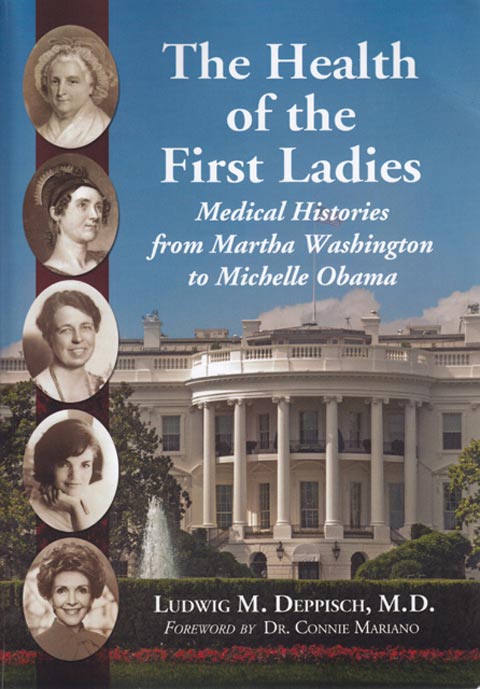 The Health of the First Ladies: Medical Histories from Martha Washington to Michelle Obama