In a typical year, more than half a million women undergo hysterectomies in the United States. In some of those cases, the procedure is lifesaving; in others, it gives relief from years of pain and bleeding; in still others, the surgery isn’t really warranted at all.

In Hysterectomy: Exploring Your Options—a heavily updated new edition of a book originally published in 2003—four gynecologists offer guidance for women who are considering surgery. The book explains the diverse conditions for which hysterectomy is sometimes indicated: cancer, uterine fibroids, endometriosis, pelvic adhesions and uterine prolapse. It also discusses how to prepare for surgery and what to expect during the recovery period.

With dispassionate but highly engaging prose, the authors sketch the sometimes-fierce debates surrounding hysterectomy. Does the “subtotal hysterectomy,” in which the uterus is removed but the cervix is left in place, improve patient outcomes? When is it appropriate to remove the ovaries? Why is power morcellation—a surgical process in which tissue is broken into tiny fragments—potentially dangerous? What are the risks and benefits of hormone replacement therapy after hysterectomy?

The book’s four authors—Edward E. Wallach, Isabel Green and Stacey A. Scheib of Johns Hopkins, and Esther Eisenberg of Vanderbilt University—cover all of this material in a sober tone, but they never overwhelm the lay reader with medical jargon. In almost every case, they write, alternatives to surgery should be attempted first. But if those fail, they argue, hysterectomy remains a valuable and generally safe option for women with gynecological illnesses. 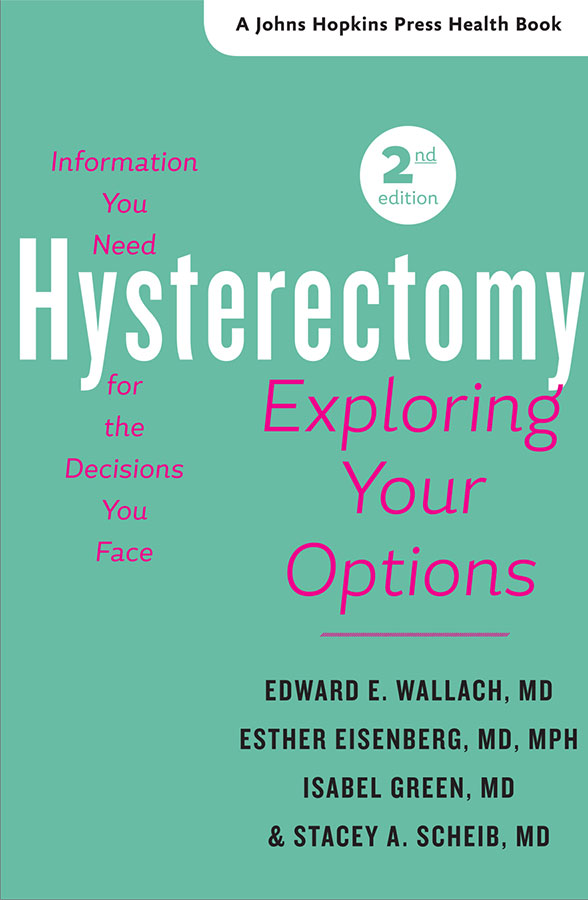