Pathologist of the Mind: Adolf Meyer and the Origins of American Psychiatry

Susan Lamb has performed an invaluable service to students of medical history, especially those interested in the origins and practice of psychiatry: She has made Adolf Meyer intelligible.

Meyer (1866–1950), founding director of Johns Hopkins’ Henry Phipps Psychiatric Clinic and acknowledged father of American psychiatry, was as renowned for his insights into what he called “psychobiology”—the biologic or pathological origins of mental illness—as for “his notoriously ineffective attempts to explain it,” writes Lamb, who spent six years at Johns Hopkins’ Institute of the History of Medicine.

Speaking in a thick, Swiss-German accent, Meyer gave lectures that baffled most students. In a 1920s Pithotomy Club show, a student impersonating Meyer delivered a lecture in Chinese, occasionally tossing in “psychobiology.” He brought the house down. Meyer’s convoluted, impenetrable prose prompted someone in 1940 to send a 160-word example of it to The New Yorker’s weekly Non-Stop Sentence competition. It won.

Yet the key elements of Meyer’s remarkable insights did emerge from what one colleague called the “luminous fog” of his lectures and writings. Coining the term “mental hygiene” and linking psychiatry with neurology, he profoundly influenced the development of American psychiatry as a scientific field.

Until now, however, no thorough historical analysis existed of Meyer’s psychiatric concepts and practice. Lamb has filled that enormous gap with her deeply researched, smoothly written book. Studying the records of the highly diverse population of 1,772 patients admitted to Phipps from 1913 through 1917, she describes how Meyer and his colleagues treated mental disorders, proving, as she writes, that when examining the “origins of American psychiatry—within medicine or popular culture … all roads lead to Adolf Meyer.” 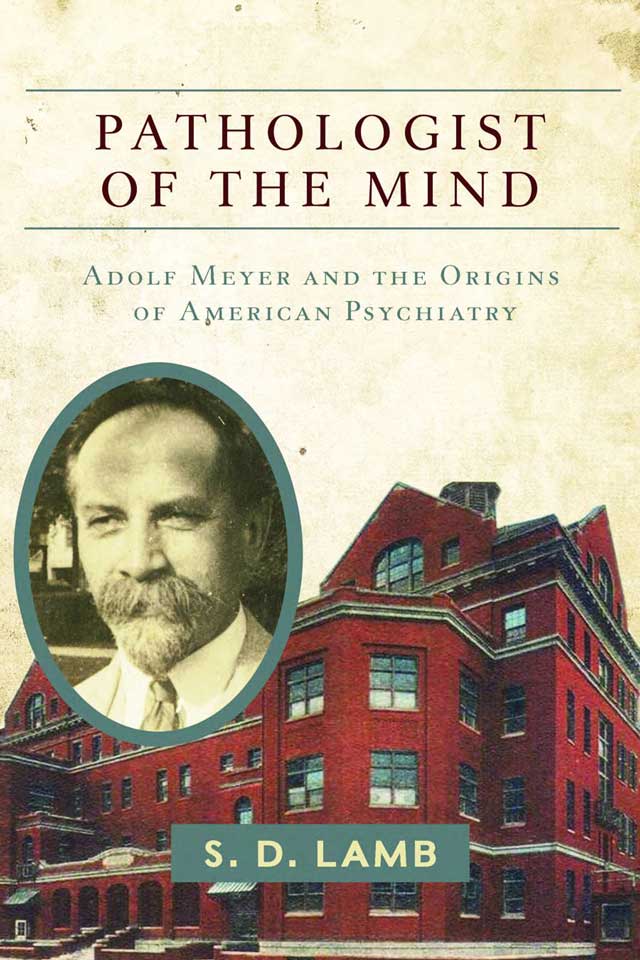 Pathologist of the Mind: Adolf Meyer and the Origins of American Psychiatry

Meyer’s convoluted, impenetrable prose prompted someone in 1940 to send a 160-word example of it to The New Yorker’s weekly Non-Stop Sentence competition. It won.