Too many unknowns leave children in medical foster care vulnerable. 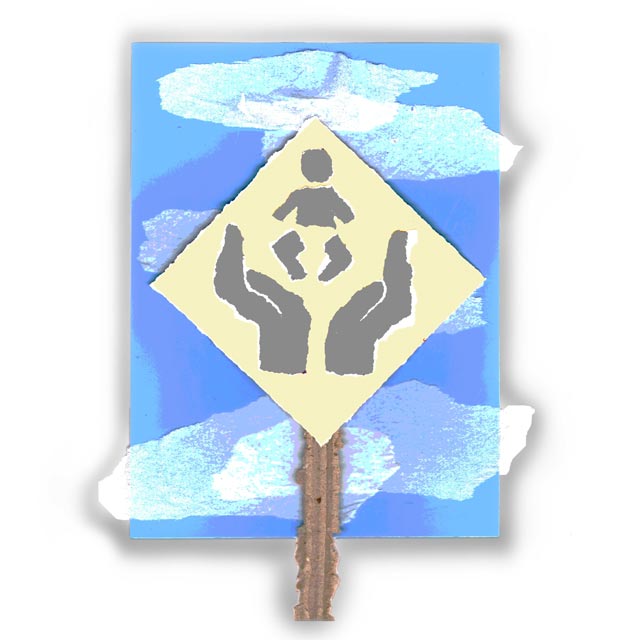 When i first met diana (not her real name), she was 6 months old. Recently transferred from the neonatal intensive care unit, she was now “living” on the pediatric floor awaiting medical foster care placement. She had never left the hospital. Her medical problems included multiple congenital anomalies, seizures and severe neurological impairment. She required multiple medications, supplemental oxygen, continuous tube feeds and frequent respiratory treatments. While her medical needs were notably complex, it was the addition of her social complexities that made her uniquely vulnerable.

Diana’s biologic mother was young, unemployed, without family support and a former drug user. She visited on and off initially, but the visits eventually stopped. Diana’s father—and any other relatives—was unknown. When it became clear that Diana’s mother would not be able to provide her necessary care, social services became involved, and Diana became a ward of the state.
With advances in medical technology and critical care, there is a growing population in the U.S. of children with medical complexity, like Diana, who are surviving once-fatal diagnoses. When the challenges of caring for a child with such intensive needs exceed the resources or abilities of their parent(s), then the state turns to medical foster care to allow these children to live outside the hospital.

We currently know too little about how medically fragile children fare in medical foster care, and there are not enough safeguards in place to consistently ensure them a high quality of life.

The most fortunate have their comprehensive health care coordinated through a “medical home,” a centralized setting for accessing care or referrals and distributing health information among providers, agency workers and parents. But medical homes are not consistently used, resulting in fragmented medical care and records.

Two years after my initial meeting with Diana, I admitted her to the PICU for respiratory failure. As I watched her lying in bed connected to the ventilator, I was comforted to see that she now had a loving foster mother at her bedside.

It can take a long time to identify appropriate foster parents and to adequately train parents before discharging the child to their care. Even with training, foster parents often find it initially overwhelming to meet the extensive care needs of medically fragile children. But over time, Diana’s foster mother had become an expert in Diana’s medical problems and her best advocate.

Still, she lacked legal authority to make medical decisions—such as whether to move forward with a tracheostomy due to Diana’s worsening baseline respiratory function.

While Diana’s foster mother was included in the medical team’s discussions about goals of care, the ultimate decision was left in the hands of someone who barely knew her. That’s because once parental rights of the biological parents are terminated, medical decision-making becomes the authority of social services or the court system.

In Diana’s case, all parties agreed that a tracheostomy was in her best interest, but I have seen other cases where disagreements arise. In such cases, the court’s bias seems to be toward escalating or prolonging life-sustaining therapies—even in situations where benefits are minimal and a reasonable parent may choose to limit care.

So who should be involved in making decisions for these children? Legal decision-makers should be informed by the people who can advocate best for the child, including the medical team, foster parents and, when available, the biological parents.

Unfortunately, making informed changes to the existing system is complicated by the current lack of data. While nearly 400,000 children are in foster care in the U.S., the percentage specifically in care due to their complex medical needs is not consistently tracked, nor are their outcomes followed.

We need better data and research to longitudinally track how children with medical complexity in foster care differ from those cared for by their biological parents in regard to health outcomes, health care utilization, medical decision-making, goals of care and quality of life. By collecting such data, we would be able to recognize the challenges of caring for these children, identify areas in need of improvement, and advocate for targeted child welfare reform and policy changes.

Rebecca Seltzer is an academic general pediatrics fellow in the Division of General Pediatrics and Adolescent Medicine and a Hecht-Levi Fellow at the Berman Institute of Bioethics. Research on this subject by Seltzer and her colleagues appeared in Pediatric Research.