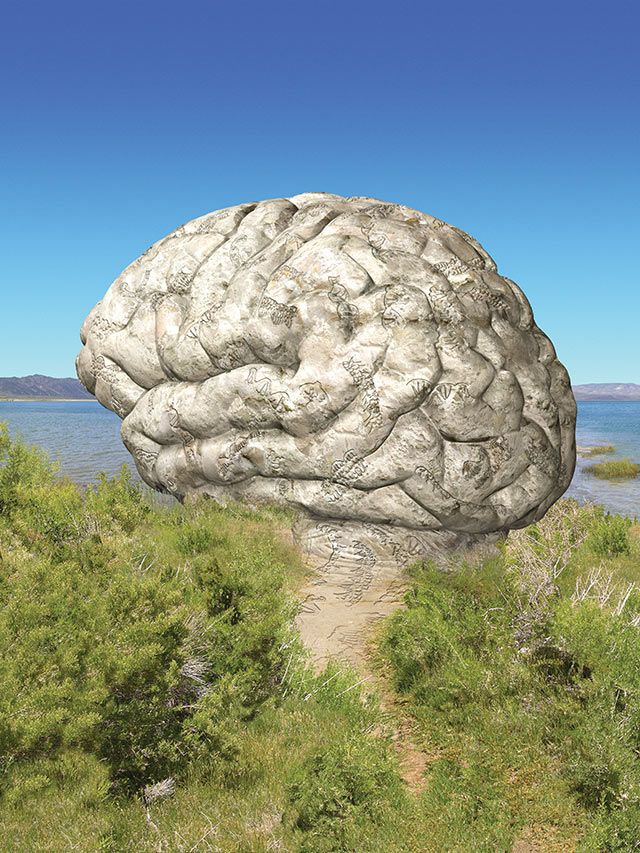 Chetan Bettegowda’s memories of the first six years of his life are slightly hazy, like the dusty air of the small village in India where he spent summers as a young child. But some recollections stand out, like riding on the backs of oxen with his brother from his grandparents’ house to the family farm. There, his uncle and grandfather used those beasts of burden to plow the soil, much like their family had done for generations.

This low-tech life is a far cry from the one Bettegowda lives now. After leaving India as a small child, he took a path that eventually landed him at Johns Hopkins as an assistant professor of neurological surgery and oncology. Here, he studies brain tumors using some of the most advanced technologies modern medical research has to offer.

“It’s really at the opposite end of the spectrum from my childhood,” Bettegowda says. “We do some of the most sophisticated techniques, deal with some of the most complex problems, and have technological resources beyond the imaginable.”

Bettegowda has devoted most of his research to oligodendroglioma, the second most common form of malignant brain tumor. This cancer tends to strike adults between the ages of 30 and 45, incredibly impactful years for many individuals’ work and family lives. Its tumors often grow in areas of the brain involved in pivotal daily tasks, such as walking, talking, and seeing, making treatments a tricky conundrum—too aggressive, and those areas can be damaged, leading to significant disability; not aggressive enough, and the cancer can spread and become deadly.

Oligodendroglioma has an unusual quirk: Only about half of patients respond to the chemotherapy regimens most commonly used to treat this disease. But why some patients are lucky enough to respond to treatment—which can extend life by a decade or more—and others aren’t remains a mystery.

To solve it, Bettegowda and his colleagues are using technology that takes advantage of a single machine to decipher the entire genome of a patient’s tumor within just a week. To compare, the Human Genome Project, completed in 2001, took 11 years and necessitated machines running at hundreds of sites around the world to complete essentially the same task. “This really is an incredible field to be in now in terms of cancer genetics,” Bettegowda says.

Once the researchers figure out exactly how the responders differ from the nonresponders, he adds, scientists will be one step closer to figuring out how to make all oligodendroglioma cases equally vulnerable to chemotherapy.

He and his colleagues are also using the power of modern genetics technology to track how well therapies are working in patients. Though doctors can image tumors, run neurological tests, or just ask how patients are feeling, none of these tests gives a completely accurate picture on how well a therapy is affecting a patient’s tumor. A true test, Bettegowda says, is looking for telltale signs that tumors leave behind in the blood or spinal fluid.

As tumors divide, he explains, the cells spill DNA. These DNA fragments are extremely rare compared to DNA fragments from normal, healthy cells. By using sophisticated techniques that multiply fragments of DNA and look for the differences that mark DNA just from oligodendrogliomas, Bettegowda and his colleagues are developing tests that could be used to track whether tumors are growing or receding based on how many tumor DNA fragments are present in body fluid samples. The same technique might eventually be used, he says, to diagnose the disease without going through imaging or biopsies.

“It will be incremental advances and a slow process, but our ultimate goal is to use these technologies to help cure oligodendroglioma,” Bettegowda says. “Running sanitation wasn’t even the norm in the villages where my parents grew up. It’s amazing to think how much things can change in a single generation.”