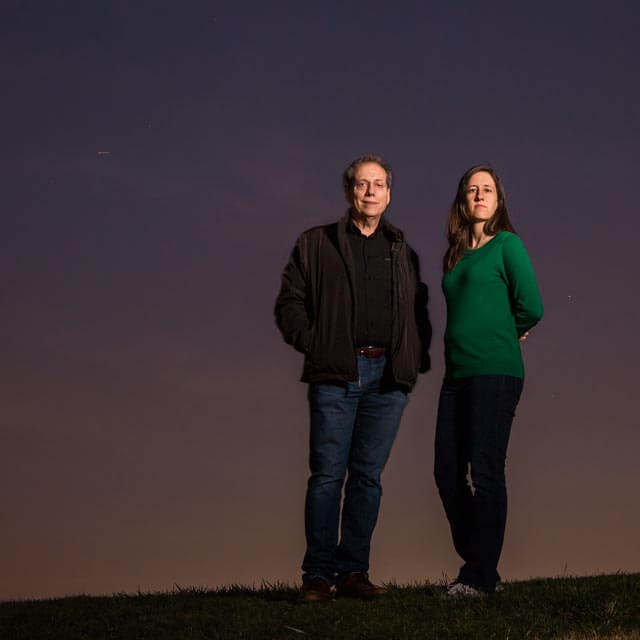 Although it floats freely in space, the International Space Station in many ways remains tethered to our planet. The habitable satellite and its astronauts are dependent on the spacecraft we regularly send up with supplies like food and fuel. And in an example of possibly the world’s most expensive courier service, blood samples taken from astronauts for certain experiments are shipped back to Earth for analysis.

Johns Hopkins geneticist Andy Feinberg, who works with NASA to study the effects of space on the human body, knows that breaking this dependency will be necessary if we want to extend our space missions to the point of colonizing other worlds.

“Just look at the movie The Martian,” says Feinberg, referring to the 2015 film about a stranded astronaut who must survive alone on Mars. “Imagine if Matt Damon had to check everything with ground control first. He would have never lived to make [it home].”

This is one reason Feinberg is so pumped about the success of two recent experiments he conducted with postdoctoral fellow Lindsay Rizzardi. The experiments involved handling liquid and sequencing genes in a zero-gravity environment—two processes astronauts will have to be able to perform if they are to conduct certain experiments independently, like sequencing a new life form’s DNA (assuming it even has DNA).

The team’s first experiment involved using pipettes to transfer small volumes of liquid from one container to another, a technique that will come into play for astronauts when storing genetic material for a long duration. Feinberg and Rizzardi mulled over with NASA the idea of setting up a zero-gravity adapted system involving closed containers from which liquid could not escape. Once in flight, however, the scientists found that regular tubes and positive displacement pipettes, which rely on a piston within the tip to displace air in order to suck up liquid, worked best.

“You can actually have a tube of water open, turn it upside down and it’s not going anywhere,” says Rizzardi. “The surface tension effects and wetting characteristics of the liquid and the plastics they’re put in are just enough to hold everything steady.”

In the second experiment, Rizzardi used a small genetic sequencer called a MinION to successfully sequence DNA prepared beforehand. A geneticist colleague at Weill Cornell Medicine had asked them to test it.

“I think at a constant microgravity state in space, everything would perform very well,” says Rizzardi. “The most difficult part was the gravity transitions during the parabolic flight when we went from zero gravity state to 2 G states.”

Indeed, Rizzardi performed her own liquid transfer experiment while aboard the aircraft ominously dubbed the “vomit comet.”

“She was puking nonstop,” says Feinberg.

“I only got sick the first day,” corrects Rizzardi.

The two studies, which Feinberg and Rizzardi are hoping to publish this year in npj Microgravity, are part of NASA’s ongoing Twins Study. In 2014, Feinberg was one of 10 scientists selected to study the effects of space flight on the human body via identical twins Mark and Scott Kelly, both astronauts. Feinberg is studying the epigenetic effects—the effects environment has on one’s genes—living in space has had on Scott. He returned to Earth in March after spending nearly a year on the International Space Station; twin Mark is a retired astronaut.

“What’s interesting is you can follow these guys longitudinally over an entire year with one of the twins in a completely different, defined environment,” says Feinberg. “We can look for things that accumulate over that time and then go back to baseline after return to Earth.”