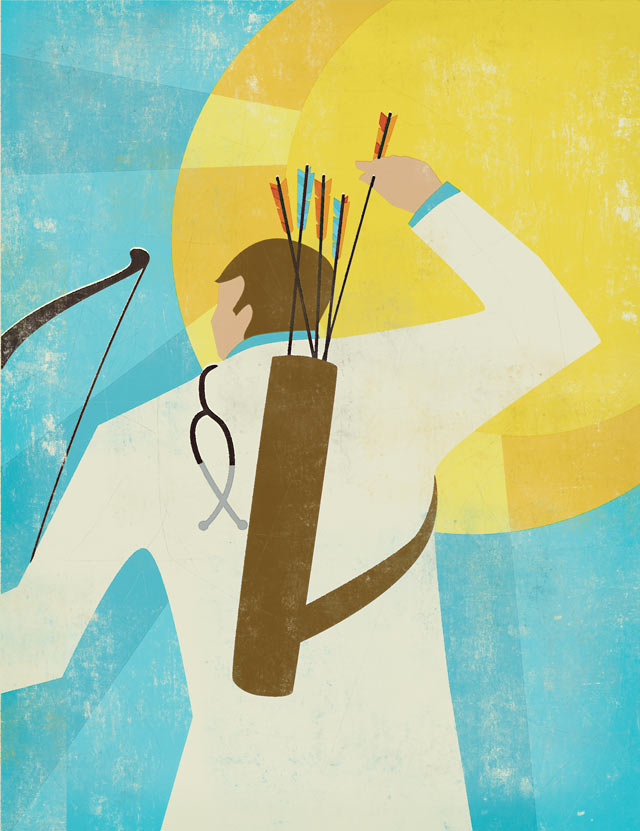 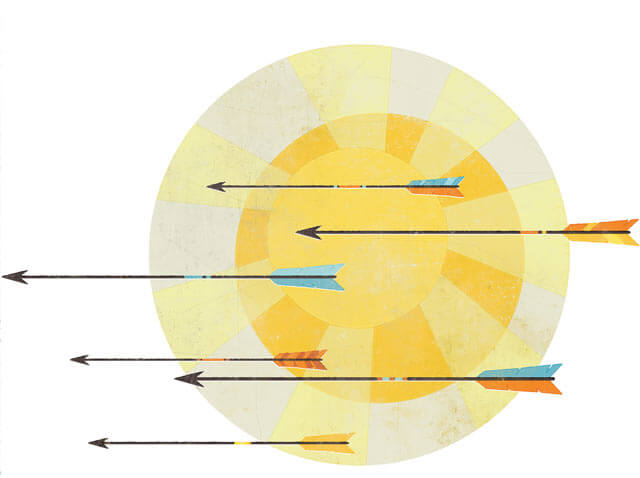 “We really have several options now that could potentially put a patient in a long remission. It’s a different world than it was even a couple of years ago.”

As with many other cancers, metastatic melanoma cells have dozens of wicked capacities.

They can multiply without limit; they can forge new blood vessels to feed themselves; they can migrate to far-flung organs.

But their most unnerving talent might be their ability to shut down the host body’s immune responses. When solid tumors emerge, the immune system typically activates to investigate the new growth. That response quickly ends, however, because tumors can trick the immune system into demobilizing. Our T cells receive signals that say, in effect, “Calm down. Nothing to see here.”

For decades, researchers have dreamed of finding ways to block those deceptive signals and to unleash the body’s immune system to attack cancers. Like most lines of cancer research, this one has been filled with dead ends and unexpected frustrations. But in the last several years, thanks in part to a tenacious team of Hopkins scientists and clinicians, cancer immunotherapy has begun to bear new fruit. Some of the most promising immunotherapy breakthroughs have come in the treatment of melanoma—a type of cancer for which new techniques have desperately been needed, since most patients don’t respond to traditional cytotoxic chemotherapy.

“When we see patients with advanced melanoma today, we have a whole different attitude,” says William H. Sharfman, an associate professor of oncology and dermatology and director of cutaneous oncology at the Kimmel Cancer Center. “We’re no longer talking about limited options and a low chance of survival. We really have several options now that could potentially put a patient in a long remission. It’s a different world than it was even a couple of years ago.”

That would be welcome news to the roughly 76,000 Americans who will be diagnosed with melanoma in 2014. (Nearly 10,000 Americans die of the disease in a typical year.) When detected early, melanoma can be successfully treated with surgery. But Stage IV melanoma—that is, melanoma that has metastasized to distant organs—carries a median survival time of just six to nine months. Sharfman hopes that the treatments that have emerged in the last five years will provide a new outlook for patients with advanced melanoma.

The latest good news came in March, when a team led by Hopkins investigators announced that a new immunology drug known as nivolumab appears to substantially extend survival among some patients with stage IV melanoma. Nivolumab targets a T-cell protein known as Programmed Death 1, or PD-1. When a T cell’s PD-1 proteins receive false “nothing to see here” signals from a tumor, the T cell relaxes and fails to attack the cancer. Nivolumab blocks PD-1 proteins, and thereby interrupts that false signal. With the signals blocked, T cells proceed to go to war against the tumor.

“We’re no longer talking about a low chance of survival.”

“We’re seeing results not only in melanoma but also in kidney cancer and lung cancer.”

In a clinical trial led by Hopkins in collaboration with a dozen medical centers, the median overall survival of patients with advanced melanoma treated with nivolumab was estimated as 16.8 months, with several patients surviving more than 20 months without evidence of relapse. That’s much better than the six to nine months commonly estimated for Stage IV melanoma. Nearly a third of the patients in the nivolumab trial exhibited significant tumor responses, lasting an average of two years—and in roughly half of those cases, the tumor response endured even after the drug was discontinued.

Those enduring responses indicate the potential power of cancer immunotherapies, according to Suzanne L. Topalian, a professor of surgery and oncology and head of the melanoma program at the Kimmel Cancer Center. “In some patients, this kind of therapy seems to permit a long-term immune response to the cancer,” Topalian says. “And we’re seeing results not only in melanoma but also in kidney cancer and lung cancer.” Julie Brahmer, a lung cancer expert, led the early phase trials of anti-PD-1 at Hopkins and is now leading the effort in treating lung cancer with immunotherapy drugs.

As scientists painstakingly studied the molecular pathways that govern interactions between tumors and the immune system, they laid the groundwork for the drugs that are now emerging.

If drugs blocking PD-1 are approved by the FDA—a move that could occur within the next two years—they will join another new-generation immunotherapy drug known as ipilimumab, which was approved in 2011. Ipilimumab targets a molecular mechanism similar to the PD-1 pathway, and it has proved effective in some melanoma patients. In fact, in a recent presentation in Europe, it was shown that about 25% of patients with metastatic melanoma who receive ipilimumab survive 10 years, a remarkable improvement over previous melanoma therapies. Investigators at Hopkins and elsewhere are currently conducting combination trials of ipilimumab and nivolumab, trying to determine which dosages and sequences might be most effective for melanoma and certain other cancers.

The new generation of immunotherapies marks the culmination of decades of work by Sharfman, Topalian, and several of their colleagues. Sharfman first became enchanted by the concept of cancer immunotherapy when he was a fellow, in 1986. At that time, scholars were first beginning to experiment with using interleukin 2—a synthetic version of a human immune protein—to treat melanoma. That therapy has proved powerful for a small proportion of patients, including Roger Martin (See “Fight This Cancer With Me,” p. 31), but also carries sometimes-severe toxicities.

For nearly two decades after Sharfman joined the field, few new effective cancer immunotherapies came to fruition. But those were not wasted years: As scientists painstakingly studied the molecular pathways that govern interactions between tumors and the immune system, they laid the groundwork for the drugs that are now emerging.

The PD-1 pathway is where Hopkins has made its greatest mark in this field, according to Howard L. Kaufman, an immunotherapy expert who is the chief surgical officer of the Rutgers University Cancer Institute of New Jersey. “Hopkins led many of the early-phase studies of PD-1 therapies,” Kaufman says. “It seems to have taken a lot of vision and perseverance. I’ve always been impressed with the team of investigators at Hopkins who were able to stick with this research program—and then, when effective drugs came along, were really in a position to quickly get them into the patients in clinical trials. I think that Hopkins has really led the way in defining the role of these agents.”

Hopkins has been able to move patients quickly into trials in part because of its well-established melanoma clinic, which Sharfman helped create in 1994 along with colleagues Stanley Miller and Julie Lange. “We’ve built up a multidisciplinary clinic where patients with melanoma can have access to whatever specialty they need. If they need a surgeon, if they need a dermatologist, if they need a medical oncologist—all of that is available under one roof,” he says.

Moving away from traditional chemotherapy, Sharfman says, has meant that he and his colleagues at the clinic have had to learn about new side effects. Instead of the nausea, hair loss, and depressed blood counts that come with chemotherapy, the new immunotherapies can cause symptoms that mimic autoimmune disorders. Ipilimumab and nivolumab unleash T cells against cancer, but they can also unleash T cells in unwanted ways against the body’s organs.

“It’s a whole new set of therapies with a totally new set of side effects,” Sharfman says. “It’s autoimmune reactions like rashes and colitis and thyroiditis. The learning curve for all of us has been significant.”

But Topalian adds that the safety profile of the new immunotherapy agents compares favorably to old-fashioned chemotherapy. “In most cases,” she says, “we can catch these reactions early, stop the drug temporarily, and control the reactions with steroids.” (It is worth noting that on one nivolumab trial, three patients died from apparently drug-related lung inflammation. The mechanisms behind those pulmonary reactions are still being studied, Topalian says.)

Even as nivolumab continues to be tested, Hopkins scholars are working on an array of other potential avenues of immunotherapy for melanoma and other cancers. One potential target is the PD-1 protein’s counterpart on tumor cells, a ligand known as PD-L1. Another target under scrutiny at Hopkins is LAG-3, which, like PD-1, is a protein that inhibits anti-tumor immunity when activated. Charles G. Drake, an associate professor of oncology, and Evan J. Lipson, an assistant professor of oncology, are among those pursuing these new avenues.

The wide array of emerging therapies makes Sharfman eager to come to work each day. “I’ve always told myself, When I can stop giving chemotherapy for melanoma, I’ll know we’re making progress,” he says. “And we’re almost at that point. I can go for months at a time now without ordering chemotherapy. In melanoma, chemotherapy has almost fallen to the fourth line of treatment. Hopefully this is the way we’ll treat all cancers in the future—with surgery, immunotherapy, and targeted therapy. Melanoma just happens to be ahead of the curve.”

“Fight This Cancer With Me”

Healing comes in many guises, as this melanoma survivor can attest.

Healing comes in many guises, as melanoma survivor Roger Martin can attest. Now in remission from a deadly cancer that nearly killed him 14 years ago, he is celebrating by sharing his story. 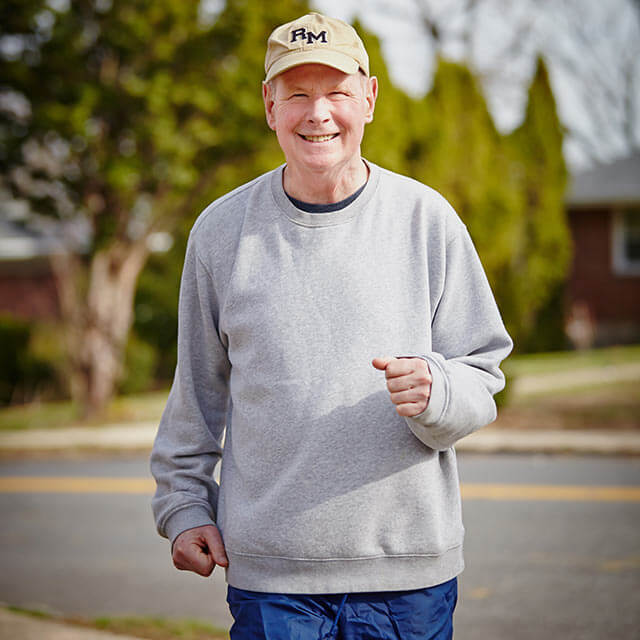