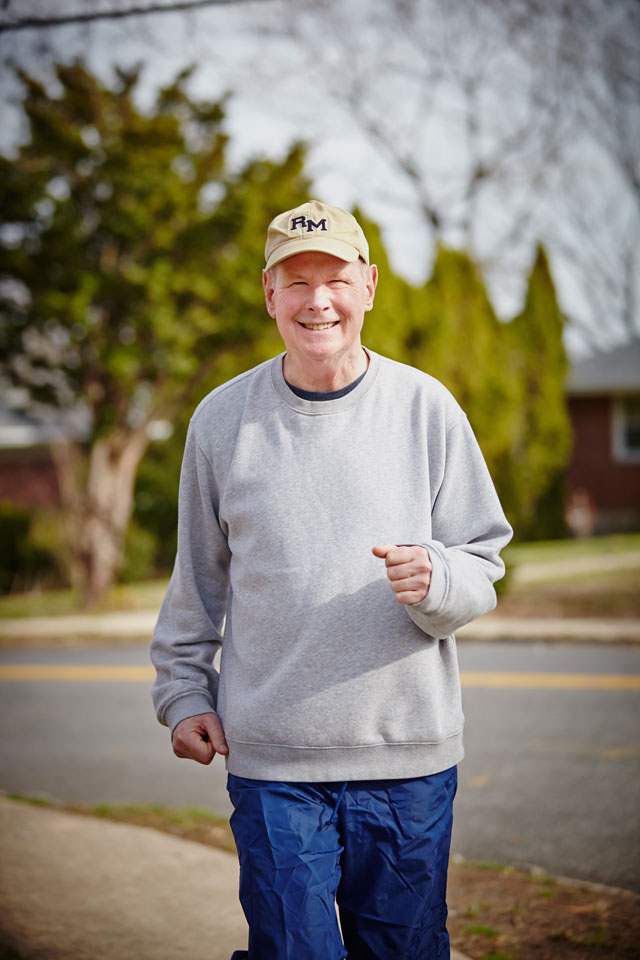 Even though we were not physicians, Bill never talked down to Susan and me. He respected the fact that we are intelligent human beings who deserved to know how I was responding to the treatments.

I am in remission from a deadly cancer that almost killed me 14 years ago and I am celebrating this occasion by sharing my story. The story features Johns Hopkins, but I could just as well be writing about any number of excellent cancer research and treatment centers around the world. Places like Johns Hopkins give me hope that one day no one will have to receive the death sentence that I did 14 years ago.

Like Johns Hopkins himself, the 19th-century founder of the institutions that bear his name, I am a Quaker and like many Quakers I keep a journal. The story of my cancer and its treatment at Johns Hopkins Hospital is based on my recordings while being treated by the medical staff there.

College and university presidents do a lot of public speaking. For me the most important speech of the year was at Commencement. But on Commencement Day 2000, I was coughing uncontrollably.

After I barely made it through the ceremony, my wife, Susan, insisted that I visit a pulmonologist in Richmond. A routine X-ray revealed a faint shadow on my left lung, which after being biopsied, was confirmed to be a tumor. Two years before, I had contracted a deep melanoma on my left ear lobe that was surgically removed. Apparently some of the surviving cancer cells had hibernated, reappearing two years later as a malignant tumor.

Susan and I consulted a local oncologist who recommended that the tumor be surgically removed, followed by a month of treatments with interferon, a drug that stimulates the immune system which in turn attacks cancer cells. But by summer’s end the tumor had returned.

The prognosis was bleak. I was given a year to live and encouraged to look into hospice. The hard reality began to sink in that my life was winding down at the relatively young age of 57. And then I learned an important lesson. Local physicians don’t always know about the latest treatments for serious disease. But the doctors at major research hospitals usually do. Get a second opinion!

Today, metastatic melanoma research at Johns Hopkins and elsewhere shows great promise but before 2000, the only effective treatment was surgery. If surgery failed or if the melanoma had spread to other organs, little could be done because neither chemo nor radiation was effective. What my oncologist in Richmond did not know at the time was that research hospitals like Cleveland Clinic, Beth Israel Deaconess Medical Center in Boston (an affiliate of Harvard Medical School), MD Anderson Cancer Center in Texas, and Johns Hopkins were working in tandem on the medicinal use of a biological drug called Interleukin II that had shown modest success in trials.

Through the sister of a friend, herself a Johns Hopkins physician, I managed to get an appointment with Dr. William Sharfman, an associate professor of oncology at the Johns Hopkins University School of Medicine and a melanoma expert at the Sidney Kimmel Cancer Center.

Prior to my visit with Dr. Sharfman, I was not exactly a stranger to hospitals and serious illness. As a young associate dean at Harvard Divinity School, I had become interested in the sometimes awkward interface between hospital chaplains and physicians. Chaplains are trained to deal with the end of life but often know relatively little about how hospital physicians think and work. Physicians, on the other hand, are trained primarily to heal, not deal with patients and their families when treatments fail. The idea was to create a seminar for divinity students who planned to become hospital chaplains and fourth-year medical students who would inevitably have to address the fact of death with some of their patients. The hope was that by coming together in this seminar, they could better serve patients and their families. But for someone like me, then a healthy 40-year-old, planning this seminar was an intellectual exercise. Now, 20 years later, as I journeyed up to Baltimore for my consultation with Dr. Sharfman, I was seriously ill. And I was terrified!

When I met with Bill Sharfman, my first impression was of a man who could read minds. I came to the consultation thinking that there was little hope and that I was experiencing the end of my life. But seeming to know what I was thinking, his first words were as comforting to me as they were direct: “Roger,” he said, “you have a serious cancer, but there are options. What I need from you now is not to give up, but fight this cancer with me.” I was immediately put at ease. Dr. Sharfman wasn’t saying that I would for certain survive. But he was giving me hope.

I then realized that Dr. Sharfman was more than just a scientist and physician. Like the physicians I had hoped would benefit from the seminar I was contemplating at Harvard so many years before, he understood the human dimension of cancer and the fear of dying. He wasn’t just a physician and scientist—he was also a humanist and my advocate.

Soon after meeting Bill Sharfman, I started treatments at Weinberg, Johns Hopkins’ principal cancer facility, where for one week each month I received a potent cocktail of Interleukin II, interferon, decarbazine, and cysplatin. Every morning a Johns Hopkins nurse hooked me up to an IV drip that virtually knocked me out for the rest of the week. I began to appreciate how important nurses are. Next thing I knew, Johns Hopkins medical students and interns were visiting me every morning at my bedside. Being an academic I felt good about contributing, even in a small way, to a future physician’s understanding of melanoma.

Even though we are not physicians, Bill never talked down to Susan and me. He respected the fact that we were intelligent human beings who deserved to know how I was responding to the treatments. He personally gave us regular updates and when Bill announced that my body was responding well, we were euphoric. I eventually emerged from the hospital with periodic bouts of neuralgia and ringing in the ears (probably a result of the cysplatin), which continue 14 years later, a small price to pay for the fact that I am alive today. However, the next couple of years were perhaps the most difficult. Anticipating follow-up CT scans I had to take, I always thought that the cancer had returned. Here are some of the comments I recorded in my journal.

Fluctuating temperature and high anxiety level. But this might be related to events of past two days [i.e., terrorist attack on the World Trade Center and the Pentagon].

Moments of mild depression thinking that tumor has returned. I think this is a battle of the mind!

Coughing again, which has me worried. But it might be because I’m about to have another scan. Coping with cancer is also psychological!

In the middle of my treatment at Weinberg, I asked Dr. Sharfman a theological question. I am a Protestant and he is an Orthodox Jew and we both take our religious beliefs seriously. “Do you think faith has anything to do with beating cancer?” I asked.

Bill smiled and said, “Dr. Martin, I don’t know the answer to that question—I’m a physician, not a theologian. What I do know is that many good people of faith die of cancer.  I also know that every morning one of the prayers that I say in the traditional morning service is: ‘May it be your will, our G-d, that you send, quickly, a complete recovery, healing for the soul and healing for the body.’ As the years go by and the more I practice oncology, I see these words come to fruition, embodied in the miracles that I witness every day.”

Roger Martin is a school board member in his community and writes extensively about higher education. His most recent book, Racing Odysseus: A College President Becomes a Freshman Again (University of California Press), talks about his experience at Johns Hopkins.

More Arrows in the Arsenal

Dramatic advances in immunotherapy offer new options for patients with advanced melanoma—and could even make chemotherapy a thing of the past.

Dramatic advances in immunotherapy offer new options for patients with advanced melanoma—and could even make chemotherapy a thing of the past. 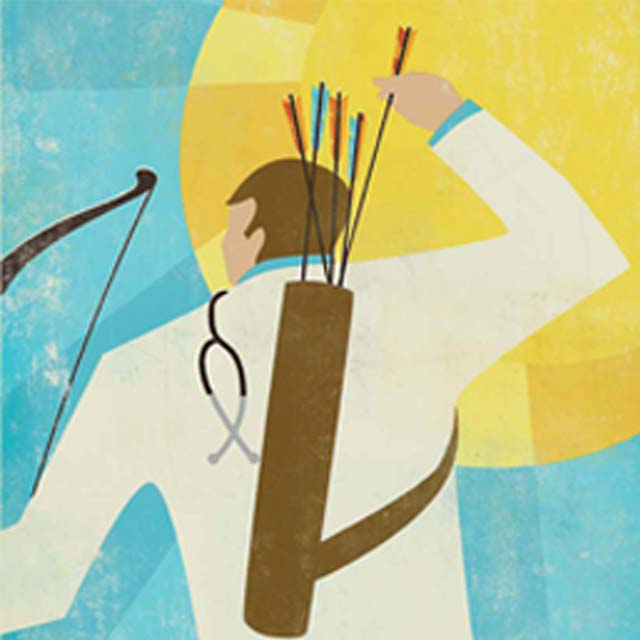