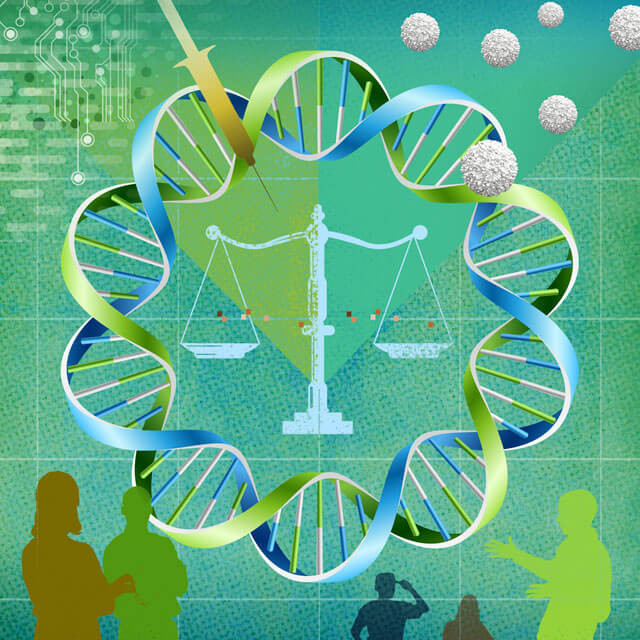 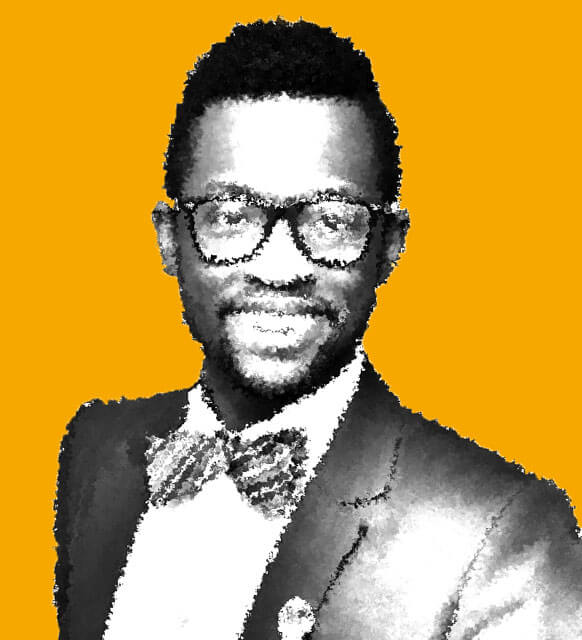 “Research always tends to hide behind the claims of objectivity—‘we’re just doing what the research says’—but bioethics makes it clear, and has made it clear to me in the process of taking the master’s, that that’s just not the case.”

As a field, bioethics has long been known for nurturing big thinkers within the academy who engage in changing health practice and policy to make both more ethical.

In recent years, however, the field has embarked on a parallel path that is more practical. “Today you find people who are essentially working day to day in institutional settings to make their local environment more ethical,” says Ruth Faden, founding director emerita of the Johns Hopkins Berman Institute of Bioethics. “It’s an exciting and important development: Bioethics is contributing at the granular level to advancing and improving the ethics of where health care is delivered, where research is conducted, where drugs and biologics are manufactured, and where governments are implementing policies.”

Enter the new master’s program in bioethics offered by the Berman Institute, in collaboration with the Johns Hopkins Bloomberg School of Public Health. Launched in 2015, the six-term program provides training in ethics (or moral philosophy) and the foundations of the modern field of bioethics, as well as courses in applied bioethics taught by some 35 faculty members from across the university’s schools of medicine, public health, nursing, international studies, and arts and sciences.

While bioethics training has traditionally served to complement a career in medicine or law, the M.B.E.’s first graduating cohort consisted exclusively of previous bachelor’s-level students who have gone on to gainful employment using their ethical training, notes program director Travis Rieder.

“It’s a small sample size [of four],” he says, “but if the trend holds, it shows there’s a need and desire among employers—among nongovernmental organizations, in research, in policy, in government and in industry”—to hire those he calls the “seriously ethically informed.”

Meet three newly minted bioethicists, and one in training, who are already making their marks.

The presence of an ethicist on staff can alter the culture of a workplace, says Cameron Okeke, M.B.E. ’17, now a research analyst in the Justice Policy Center at the Urban Institute in Washington, D.C., where he researches policing, community safety and gun violence prevention. Okeke says his ethics training allows him to maintain a critical perspective and to give voice to moral concerns about the work.

“I do a lot of work on policing, and often we’ll talk about, ‘What is the destiny of policing? What should happen with policing in America?’” he says. “I don’t think I’d be able to have that conversation about what’s ‘good policing’ or what’s ‘good research’ or good anything if I didn’t have an ethics background to be able to say, ‘We have to define what we mean by good.’

One of Okeke’s missions is the “democratization” of the research process, which advocates for communities to conduct research on themselves to fulfill their own articulated purposes, rather than the more traditional dynamic, in which, he says, “the subject or subjects are acted upon and knowledge is generated solely for the use of the researcher.”

“Research always tends to hide behind the claims of objectivity—‘We’re just doing what the research says’—but bioethics makes it clear, and has made it clear to me in the process of taking the master’s, that that’s just not the case,” says Okeke. “We know from Tuskegee [and other experiments] that there are ways that you can do things that are ‘just gathering information’ that are unethical. There are clear moral arguments about what is better, what is more effective, what is good research, who are we trying to help, who are we not trying to help, what is a just way to go about doing research.”

His work at the Urban Institute includes creating logic models for criminal justice programs, leading community-based research methodologies, designing workshops that democratize data, and implementing various types of data collection and analysis, with an overall focus on reduction of harm among vulnerable populations.

In an article he authored for the think tank on the subject of private police, he called on ethical arguments about transparency, accountability and fairness to argue that private police are, by definition, a threat to public safety. “The bioethics component of my work lies in the research ethics that I champion and the lens through which I analyze data,” Okeke says. “To be honest, that work is not often captured in graphs because my ethics training informs how and why we do our work.

“The conversation about ‘What is our best, and what does that look like?’ and ‘How do we talk about those values and goals?’ within a field is extremely difficult for people who are kind of in it,” says Okeke. “I’m always one foot out of it because that’s how I maintain my ability to look at the larger picture.”

Iris Coates McCall, M.B.E. ’17, was presenting her master’s thesis at a poster session at the International Neuroethics Society annual meeting in November 2017 when the society’s president, Judy Illes, stopped by to find out more about her work.

Illes, a noted professor of neurology at the University of British Columbia and director of Neuroethics Canada (formerly the National Core for Neuroethics), was so impressed by what she heard that she went on to hire Coates McCall to be a project coordinator and lead researcher at the core.

Illes’ studies focus on the ethics of wearable technologies in the workplace and on first-in-human neurosurgical trials that are part of a Pan-Canadian Neurotechnology Ethics Collaboration, which joins research in neuroethics at UBC and Sunnybrook Hospital in Toronto, Canada.

She says she had fully intended to hire a postdoctoral fellow, but Coates McCall’s “exceptional training” at the Berman Institute and her knowledge base, which spans both genetics and neurotechnologies, made her “a remarkably perfect fit for the research needs of the consortium.”

Coates McCall studied neuroscience as an undergraduate at McGill University, but she often found that her science courses left off precisely where things started to get most interesting to her—such as implications for treatment or communicating findings to a general audience.

At Berman, her thesis examined the ethical issues surrounding the sale of electroencephalogram monitoring technology to the public, a growing industry. The devices now being sold are unregulated, both in their marketing, which touts unsubstantiated therapeutic benefits, she notes, and in the sale and third-party use of consumers’ neurodata, collected online and potentially containing biomarkers for neurological conditions such as epilepsy, sleep apneas, alcoholism and depression.

Comparing the situation with direct-to-consumer genetic testing, which is regulated, Coates McCall argued that neurotechnology has important differences in both the nature of the data generated and cultural beliefs about the information. These differences raise distinct ethical problems, such as the kinds of spurious therapeutic claims that can be made and the implications for the user’s sense of self.

Based today at UBC in Vancouver, Coates McCall travels frequently for the neuroethics Core to Toronto, where she conducts the empirical component of research on novel brain surgeries with patients and clinicians. As part of her role, she also produces guidance on neurotechnologies for a major provincial workplace safety organization.

As a program examiner for the White House Office of Management and Budget, Farnoosh Faezi-Marian, M.B.E. ’17, works most closely with American Indians and Alaska Natives through the Indian Health Service, which falls under the Department of Health and Human Services. She is responsible for addressing challenges related to the provision of quality care, access to care, and the recruitment and retention of qualified health professionals.

“As part of my role, I’m a career government employee,” says Faezi-Marian. “We serve our political leaders in trying to bring them the full picture of any situation. That often involves ethical analysis around allocation of funds and how policies will play out in application to special populations.”

In trying to create policies, she needs to keep in mind and call upon ethical frameworks. “At the same time, my primary role is not to be the bioethicist on staff; ultimately, I’m a budget examiner,” she explains.

“So while I do have specific topics I work on that lend themselves more fruitfully to ethical deliberation exercise, I don’t always have the opportunity to put that exercise front and center in my analysis—which I personally find frustrating because I feel that everyone should be trained in ethics before making decisions that impact so many people. But I’m working on getting other people on board, and it’s catching on.”

Her method of persuasion? “Basically, talking about it all the time,” says Faezi-Marian. She’s found that the policymakers who are working through these issues actually are bringing in ethics but not using words that are familiar to bioethicists, and vice versa. “So it really is trying to share this lexicon with them and letting them know, ‘Look, you are thinking through this in a way where you’re trying to draw upon frameworks, but let me give some structure to that thinking, and maybe you can get to that conclusion a little quicker. Or maybe you can explore other options that you hadn’t considered.’ That’s ultimately the goal.”

Sarah Thompson has found that even among clinicians-to-be, the importance of bioethics may be underestimated. She enrolled in the Berman master’s program in the summer of 2017, after her third year of medical school at Johns Hopkins.

“In medical school, we had some courses in bioethics with some ethical questions raised and some amount of debate—and then the course is over, and there’s only so much you can cover in a one-hour course,” she says. “As we were leaving [one session], I heard a number of people say, ‘That was really interesting, but in the end, there is no real truth.’ And I remember thinking, No. Everyone is not correct. There is an answer. If there was no answer, there would be no point in doing bioethics.”

Thompson knew as an undergraduate at Hendrix College in Arkansas that she wanted to be a doctor as well as a bioethicist, and she designed her own interdisciplinary major. But it was not until she was halfway through medical school that she learned about the Berman Institute M.B.E. program. With help from Berman Director of Education Initiatives Gail Geller, a professor at the school of medicine, Thompson was able to envision a career path combining clinical practice with an academic focus on bioethics research.

Using a virtue ethics model, she considered the provider’s virtue of “trustingness” with respect to a patient’s testimony. Studies have revealed wide variability in prescribing practices within departments, she found, as well as higher rates of negative outcomes for patients of doctors with more liberal prescribing practices. To be neither too trusting nor too gullible, she concluded, providers need more ways to develop their practical wisdom about prescribing practices. For her practicum this fall, she plans to work alongside a physician in the Johns Hopkins Blaustein Pain Treatment Center. She is scheduled to return to her medical school studies in spring 2019.

Looking ahead, if she is able to integrate her own ethical framework into her practice as a clinician, she says, “I can maintain focus on the idea that each patient is a person, not a data point.”

“Often, you’ll find that the policymakers who are working through these issues actually are bringing in ethics but not using words that are familiar to bioethicists, and vice versa.”

“In medical school, we had some courses in bioethics with some ethical questions raised and some amount of debate—and then the course is over, and there’s only so much you can cover in a one-hour course.”