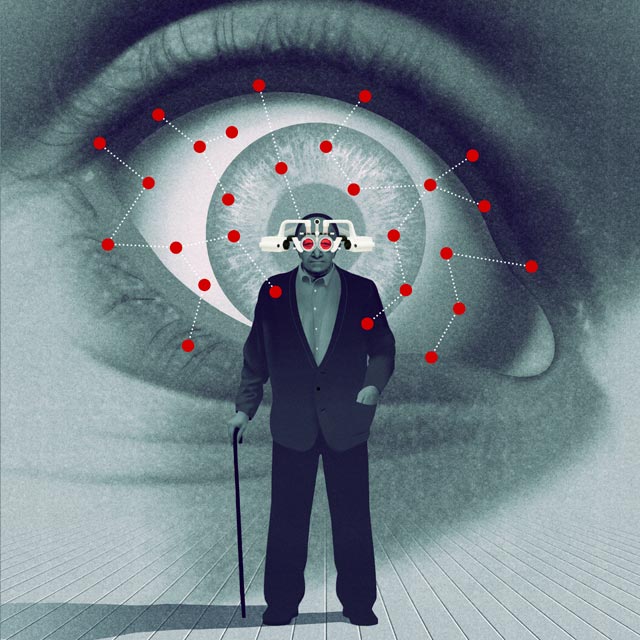 In current clinical practice, studies show that about 45,000 to 75,000 patients a year in the United States have strokes that are initially missed during evaluations.

When neurologist David Newman-Toker was a neurology resident in the mid-1990s, he recalls a talented ice skater who ended up having a massive stroke just days after being discharged from the emergency room after a fall—because her neurological symptoms had been misdiagnosed.

“I just said, this can’t happen,” says Newman-Toker. “I knew I needed to do something about the enormous problem of misdiagnosis.”

That’s why he’s made ending misdiagnoses a central focus of his career. Newman-Toker has been particularly interested in patients who present with acute dizziness or vertigo that’s new and persistent. Such symptoms are often caused by a benign inner ear problem called vestibular neuritis. However, other patients with these symptoms are actually having a stroke.

In current clinical practice, studies show that about 45,000 to 75,000 patients a year in the United States have strokes that are initially missed during evaluations, and about 15,000 to 25,000 of these misdiagnosed patients likely suffer permanent harm. Meanwhile, an estimated $1 billion is spent annually on unnecessary CT scans and admission to the hospital for patients with benign ear problems—problems that don’t warrant these interventions.

Several years ago, Newman-Toker developed a technique—actually a series of bedside tests—that can accurately differentiate stroke from other conditions. It takes only about a minute to administer and relies on identifying barely perceptible differences in eye movements: It looks for an inability to keep the eyes stable as a patient’s head is rotated rapidly to either side, and for jerkiness as a patient tracks a doctor’s finger to look right and left. It also checks eye position to see if one eye is higher than the other.

Even though he and his colleagues have shown that these simple tests can outperform more commonly used imaging tests for stroke, such as CT or MRI, they come with an important drawback: The differences in eye movements corresponding to stroke and vestibular neuritis are so subtle that learning to interpret the tests correctly requires months to years of mentorship—even for experts (such as neurologists and neuro-ophthalmologists) who deal regularly with the brain and eyes.

So Newman-Toker and his colleagues turned to a high-tech solution: video-oculography. The approach calls for the patient to strap on a pair of goggles specially equipped with a camera and sensor to track and record their eye and head movements. The strategy isn’t new to science or medicine—it’s been used for years for eye-tracking studies or to diagnose balance issues. However, this is the first time it’s been used as a diagnostic test for stroke, he says. Early evidence shows that experts can use data collected by the goggles to accurately distinguish vestibular neuritis from stroke, even from a distance, without directly examining the patient.

Newman-Toker and his colleagues are currently exploring two different approaches to transforming clinical practice. In the first, a type of telemedicine, information collected remotely using the video-oculography goggles is sent for interpretation to eye movement experts who are off-site. The advantage of this approach: Hospitals wouldn’t necessarily need to have experts on-site to take advantage of the eye movement technique, and it is ready for clinical use now.

Going a step further, the researchers are simultaneously performing a clinical trial, set to run through 2019, in which information collected by the goggles is interpreted by a computer through an automated program—a kind of “expert in a box” that helps doctors make an accurate diagnosis even if a trained expert isn’t immediately available. Newman-Toker and his colleagues recently received a $5.5 million grant from the National Institutes of Health that will allow them to test this approach in 226 patients in emergency departments at three academic medical centers, including Johns Hopkins Bayview Medical Center.

“Our goal is to help patients get the best possible treatment and not suffer harms from misdiagnosis, especially from stroke,” Newman-Toker says. “Even one patient harmed by misdiagnosis is too many.”