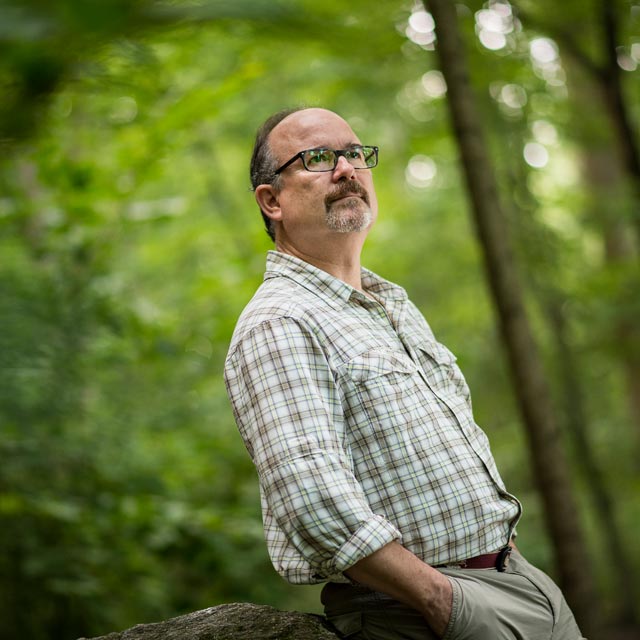 Lyme disease is the 5th most common reportable illness in the U.S.

$1.3 billion: Estimated cost in return medical visits and testing for those with lingering effects of Lyme (or about $3,000 per patient).

She had returned home from having minor surgery at The Johns Hopkins Hospital and felt fine. Hours later, she was back at the hospital, overcome by weakness, joint pain and confusion, unable to eat, sleep or endure bright lights. After a week of inconclusive tests, her medical team called in a psychiatrist. “They thought it was all in my head,” recalls Rusby. But the psychiatrist said her illness was physical, not mental. Her symptoms continued, coming and going, over the next eight years. “I never recovered my vibrancy,” she says.

Finally, in 2005, doctors made the diagnosis that would stick: Rusby was suffering from the lingering effects of Lyme disease. Rusby turned her care over to Johns Hopkins’ John Aucott, an infectious disease expert specializing in Lyme disease.

Most people who contract Lyme disease after being bitten by a deer tick infected with Borrelia burgdorferi feel as though they have a bad flu. They take antibiotics and then recover. But about one in six develops symptoms like Rusby’s, says Aucott, today a leading expert in the condition known as post-treatment Lyme disease syndrome.

“They are often labeled as neurotic or depressed,” says Aucott. “But our research has shown that is not true. This is a real illness.”

Since 2007, Aucott and colleagues have followed 150 patients whose Lyme disease was confirmed by the illness’ characteristic bull’s-eye rash. All got early treatment with antibiotics. But within one to two years, about 10 percent developed symptoms of post-treatment Lyme disease syndrome. None of the study’s 35 healthy controls developed those symptoms, Aucott says.

Last May, Aucott led the launch of the Lyme Disease Clinical Research Center on the Johns Hopkins Bayview Medical Center campus. It is believed to be the first such center in the medical department of a major research hospital. Its researchers want to understand the biological basis for this intractable illness, identify the factors that trigger it in some patients and lay the groundwork for clinical trials of potential treatments.

Today there is no treatment for the syndrome and no test to diagnose it. Lyme disease itself is hard to diagnose, because no available test can accurately detect B. burgdorferi in the bloodstream. The existing test measures antibodies produced by the immune system, which show up about two to three weeks after infection.

In post-treatment Lyme disease syndrome, the antibodies appear to be gone, but the immune system keeps fighting. Aucott and other experts suspect genetic factors may keep the patients’ immune systems turned on after the infection is gone, triggering an autoimmune disorder.

The Lyme Disease Clinical Research Center is now the bank for blood samples Aucott has collected from more than 1,000 patient visits. He and immunology professor Mark Soloski plan to search the samples for immune system proteins to see whether some of these immune markers can single out patients who are most likely to develop the syndrome.

They are also collaborating with researchers at the National Institute of Standards and Technology to develop a blood test for B. burgdorferi, Aucott says. The test would pave the way for clinical trials of medications that could help the one in six patients with Lyme disease who develop the post-treatment syndrome.

For Rusby and others who do not fully recover from Lyme disease, a constellation of symptoms—extreme fatigue, headaches, shooting joint pain and the sense of confusion patients call “brain fog”—continues to strike without warning. “Your whole world narrows,” says the 51-year-old. “You are focused on maintaining a level of health that so many people take for granted.”

Once a senior research program coordinator for HIV data at the Johns Hopkins Bloomberg School of Public Health, Rusby now works part time from her Owings Mills home, updating computer code for the database. She is also a volunteer advisor for people with post-treatment Lyme disease syndrome.

“We have to take good care of our health and work to serve each other,” she says.