Deep ties to their alma mater inspired David and Susan Epstein’s desire to give back. 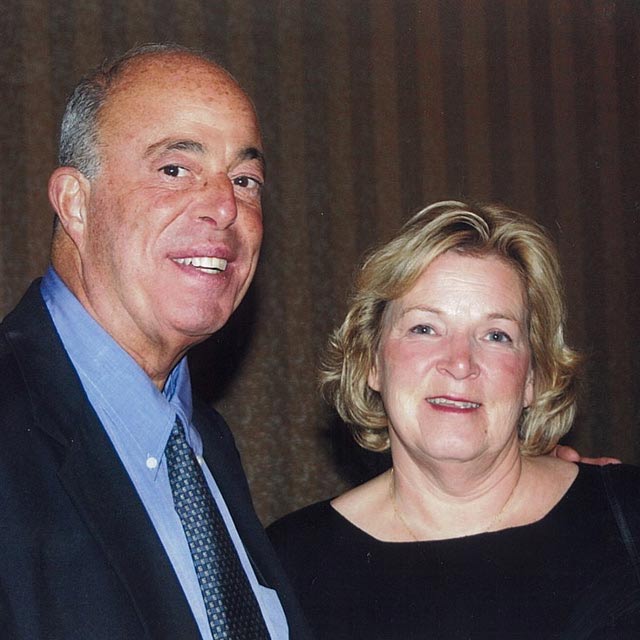 In memory of her husband, David, Susan Epstein has provided scholarship support to students at the schools of medicine and nursing.

The Epsteins’ love story has a comedic beginning: During a snowball fight in the winter of 1964 in front of The Johns Hopkins Hospital, Susan hit David in the eye with a hunk of snow and knocked out his contact lens. “I was apologizing to him, but I was also admiring this very handsome, tall, young medical student,” says Susan, who was a student at the neighboring school of nursing at the time. They got engaged on the day David graduated from the school of medicine, and they were married the following November.

For this reason, of course, Susan feels a deep connection to Johns Hopkins. The Epsteins were even talking about supporting the university through an estate plan. But when David, who was chair of the Department of Ophthalmology at Duke University School of Medicine for 22 years, passed away suddenly in 2014, Susan decided to make their gifts early. She donated $250,000 to the school of medicine to support a medical student who intends to pursue a career in academic medicine and research, and $250,000 to the school of nursing to support a nursing student interested in patient advocacy and health care policy.

“David was a scholarship student through all of his undergraduate and medical school education,” Susan says. “He felt a very keen responsibility to return that favor and pay it back so that other young people could have the same opportunity he had at Hopkins. After his death, I knew this is the one thing he would want to accomplish.”

David also often told Susan about how grateful he was for the rigorous medical education he received at the school of medicine, where faculty shaped how he thought about medicine throughout his career.

“David always had this passion for science and research,” Susan says. “He believed that the practice of medicine required clinical expertise, but also scientific curiosity and interest in research.”

Indeed, research was a major part of David’s career. During his fellowship in ophthalmology at the Massachusetts Eye and Ear Infirmary, he became interested in glaucoma, which was the leading cause of blindness at the time. David, who also spent two years in San Antonio as a flight surgeon, would go on to publish 243 papers on glaucoma-related topics.

After his residency and fellowships in ophthalmology, David joined Duke University School of Medicine, where he would spend the rest of his career. There, he more than doubled the eye department’s faculty and was “a humongous fundraiser,” Susan says. He raised millions for the Albert Eye Research Institute at the Duke Eye Center and for the Hudson Building clinical pavilion, which will open in June. The Epsteins also have one son, Michael, who is an associate professor of human genetics at Emory University in Atlanta.

Along with his work at Duke, David was proud of Aerie Pharmaceuticals, the company he co-founded and served as scientific advisor, which currently has two new glaucoma drugs in stage III clinical trials.

Thinking back on their time at Johns Hopkins, Susan remembers a poem by Rupert Brooke called “The Soldier,” which she heard at her commencement address at the school of nursing: “If I should die, think only this of me: / That there’s some corner of a foreign field / that is for ever England.”

For Susan, Johns Hopkins is her England. “There is always going to be this Hopkins experience that will be a part of you,” she says. When she meets Johns Hopkins alumni at events around the country, “there is this instant connection, an understanding that exists kind of like it would in a family,” she adds. “That is what David and I have felt all of our lives.”

“[David] believed that the practice of medicine required clinical expertise, but also scientific curiosity and interest
in research.”