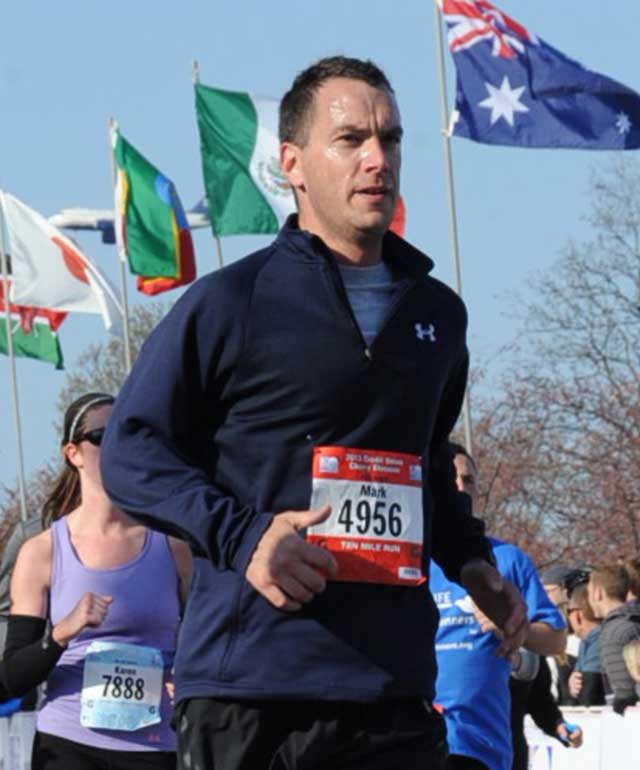 While the after effects of delirium can be devastating, the new protocols being implemented at Johns Hopkins Hospital are already making a difference. Consider, for example, the case of Mark Reyero, a 40-year-old systems engineer and marathon runner who landed in the Hopkins MICU in the summer of 2012.

Completely immobile, with tubes running in and out of his body, Reyero breathed with the assistance of a mechanical ventilator while the Hopkins ICU team worked around the clock to bring him back from ARDS, which is often fatal.

In a medically induced coma, Reyero’s thoughts often were bizarre. He dreamed he was building a campfire in the middle of a farmhouse in Upstate New York, near his hometown. At another point, he believed that a nurse was trying to kill him.

During this period, his mother Arlene Reyero, a retired registered nurse, stayed by his bedside, talking to him about what he was experiencing. “Subconsciously that registered,” he said later. She kept a detailed journal of his treatment, which she shared with him after he left the hospital. “When he woke up, he had no idea what he had been through, or the dire state of his health,” Arlene Reyero reports today.

When Reyero finally gained consciousness after several weeks, he could only sit up with the help of physical therapy staff. Hardly able to lift his arms, he was severely weakened and had lost a lot of weight. Therapists helped him to build his strength through a series of carefully calculated exercises, including the bicycling device hooked up to his bed.

Before his illness, Reyero had been training to run the New York Marathon. “I did get frustrated,” he says. “I remember throwing a walker out in the hall. There are always bad days mixed with good days. But I was determined to run another marathon.”

Today, having resumed work full time as a system engineer, Reyero has made what most of his Hopkins doctors view as a remarkable recovery, despite some small cognitive problems during his first months back home.

More than 250 clinicians listened to him share his recovery experience at the Second Annual Johns Hopkins ICU Rehabilitation Conference last fall. Many clinicians were amazed by his story of survival and recovery, he recalls. Just a couple of decades ago, 70 percent of patients who had ARDS did not survive.

“Physically and cognitively, Mark is doing much better than many other patients, in part, I hope, because of the good care he got as part of our MICU Rehab program,” says Needham. What Reyero calls his “self-determination and stubbornness,” plus his excellent physical condition pre-ICU, also helped.

In April 2013, just nine months after his catastrophic illness, Reyero completed the Cherry Blossom Ten-Miler in Washington, D.C. A week later he had surgery to correct a condition called achalasia, which causes spasms in his esophagus. Doctors believe aspiration resulting from this condition triggered the bacterial pneumonia that led to ARDS.

“I feel fine,” Reyero says today, looking healthy in jeans and an argyle sweater at an Italian Restaurant outside of Annapolis. At work, he recently passed a tough professional exam that certifies him as a Cisco Internet Work Expert.

Smiling, he says, “It was a kind of validation.”