On the Front Lines

In 1996, Emilie Calvello Hynes ’06 signed up with a mission to help a trauma surgeon in civil war-torn Angola.

“I think it was the second most heavily land-mined country after Afghanistan,” recalls Calvello Hynes, then an undergraduate at Bryn Mawr College. “Nothing was marked, so everywhere you went, you had to be very, very wary, looking for antipersonnel mines. That was eye opening for a 19-year-old who had never been abroad before.”

After four more years as a volunteer on such missions and work as a drug discovery chemist for DuPont Pharmaceuticals, Calvello Hynes decided to pursue a global health career at Johns Hopkins. She studied simultaneously in the school of medicine and the Bloomberg School of Public Health (M.P.H. ’05).

Angola may have been Calvello Hynes’ diciest experience on the front lines of emergency medicine, but everything she since has done in the field has featured incredible challenges.

She served as director of emergency services for the International Medical Corps immediately after the January 2010 Haitian earthquake, was the senior technical adviser to Catholic Relief Services during Haiti’s October 2010 cholera outbreak and was a senior faculty member of John F. Kennedy Medical Center in Monrovia, Liberia, from 2009 to 2013. From 2011 to 2014, she also was director of the University of Maryland’s Section of Global Emergency Health.

Now an associate professor of emergency medicine at the University of Colorado, Calvello Hynes founded the Global Emergency Care Initiative in 2015. The initiative uses nursing, pharmacy, public and environmental health experts from the university, as well as the Denver Hospital and Health Authority and the African Federation for Emergency Medicine, to launch projects in sub-Saharan Africa, South America, Europe and India. All focus on how best to provide emergency care in resource-limited environments.

This and her earlier work earned her the Johns Hopkins Alumni Association’s 2018 Global Achievement Award.

Calvello Hynes’ husband, Greg Hynes (flight nurse, 2010–11), and their three sons all participate in the initiative’s activities, she adds. “My next big goal is to organize the academic community to create a center that is able to study what the cost-effective solutions are and then is able to apply those in ways that provide the maximum mortality benefits,” she says. “It’s emergency medicine on a public health scale.”

Two school of medicine alumni and four former house staff and fellows who now are on the faculty are among 32 recipients of a $75,000 Johns Hopkins Catalyst and Discovery Award for 2018. The award is part of a three-year, $15 million initiative begun in 2015 to support the promising research endeavors of early-career faculty members. It aims to promote their creativity and collaborative spirit, and set them on a path to a sustainable and rewarding academic career. 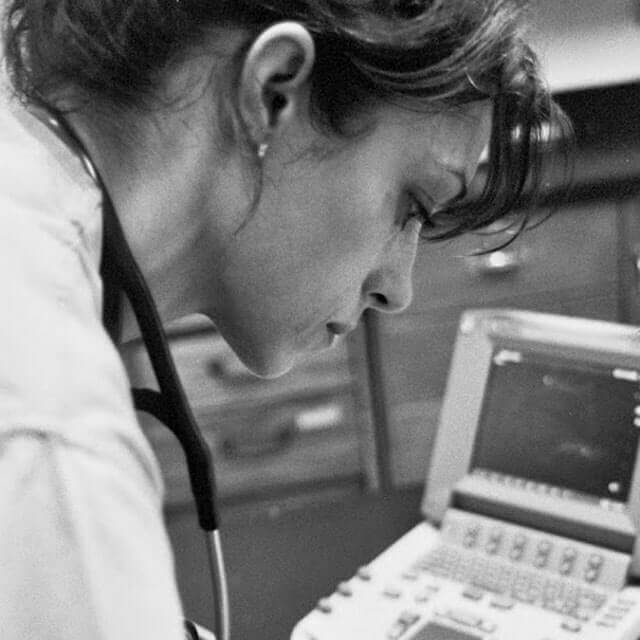