As a small child growing up in North Carolina, K. Christopher Beard ’89 remembers being treated to “very strange bedtime stories about fossils and things,” told by his late father, Kenneth, then a grad student studying biology.

“I guess I owe my fascination with evolutionary biology to him,” reflects Beard, 57. Now a world-renowned professor of ecology and evolutionary biology at the University of Kansas, he recently received a Johns Hopkins University Distinguished Alumnus Award for his extraordinary accomplishments researching—and dramatically reshaping—the scientific theories on the origins of mammals, including primates.

Beard, recipient of a 2000 MacArthur Foundation (“Genius Grant”) fellowship, was part of the team that discovered the fossil dubbed Eosimias, literally “dawn monkey” (from the Latin and Greek words for dawn (eos) and monkey (simias), in China between 1992 and 2000). At a carbon-dated confirmed age of 45 million years, it is “the oldest and most primitive monkey or monkeylike primate that we know about in the fossil record,” Beard explains, and its location in China upended decades of paleontological theory.

“Everybody thought that these earliest ancestors of monkeys, apes and humans must have first evolved in Africa, and they also thought that they evolved much more recently than what our fossils suggested,” he says. “So our fossils were not only in the wrong place, they were at the wrong time. It took quite a while to convince the scientific community that our way of thinking was right. About 20 years after that battle was fought, we have won.”

As one of the first Ph.D. candidates in the functional anatomy and evolution program of Johns Hopkins’ Department of Cell Biology, Beard says he was enormously fortunate to study under Alan Walker (1938–2017), who created one of the country’s most innovative anatomy programs; and early primate specialist Kenneth Rose, who recently retired. 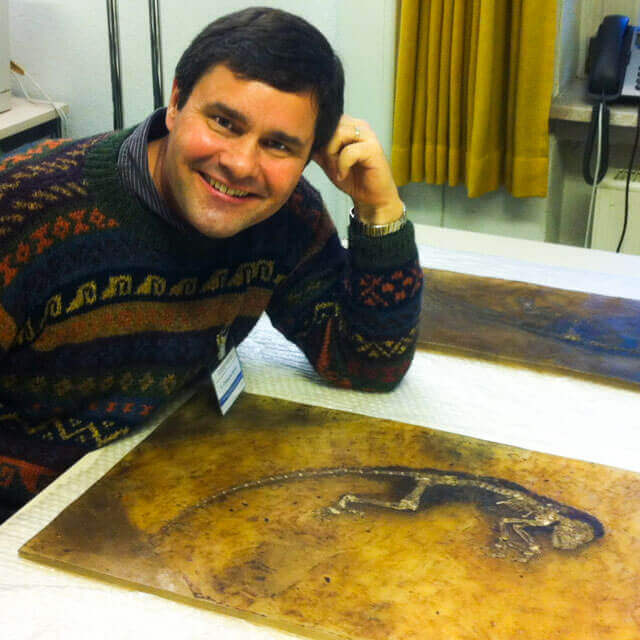