Traystman was a leader in cerebral circulation and metabolism.

During his nearly 40 years specializing in the study of the regulation of brain blood vessels, cardiac arrest/cardiopulmonary resuscitation and stroke, Richard J. Traystman (Ph.D. ’71; faculty, anesthesiology/critical care medicine, 1972–2003) earned practically every accolade accorded to superstars in those fields.

In 1991, he became the first recipient of the Society of Critical Care Medicine’s Laerdal Prize; he also received the American Physiological Society’s 1996 Berne Award and the 1997 American Society for Anesthesiologists’ Excellence in Research Award, and was named a University Distinguished Research Professor of anesthesiology and critical care medicine. The National Institutes of Health funded his research throughout his career. When Traystman left Johns Hopkins to become associate vice president for research planning and development and associate dean for research at Oregon Health & Science University, an endowed chair in pediatric anesthesia at Johns Hopkins was renamed in his honor.

He was, as Edward Miller, former CEO of Johns Hopkins Medicine and dean of the medical faculty, observed, “truly one of a handful of investigators recognized throughout the world as a leader in the area of cerebral circulation and metabolism.” His expertise extended from the fetus to newborns and adults. Last April, he received the Lifetime Achievement Award from the International Society for Cerebral Blood Flow and Metabolism.

Traystman died on Oct. 19, 2017, of complications from diabetes. He was 75. Since 2005, he had been vice chancellor for research at the University of Colorado Denver, as well as a professor of pharmacology in its medical school.

In addition to being an internationally acclaimed scientist, Traystman also was an accomplished teacher, mentor and leader. He worked equally well with clinicians and Ph.D.s; he trained more than 100 residents, fellows, postdoctoral researchers and medical students. He was known for using a ruler to meticulously review every line of their manuscripts, experiment reports and grant applications. He could be blunt in his assessments but clearly cared deeply about the young researchers with whom he worked and eagerly sought to advance their careers.

Traystman successfully wove together both basic science and in vivo physiology, establishing a then-unique shared laboratory system that emphasized collaboration and productivity. It served as a model for other clinical departments. 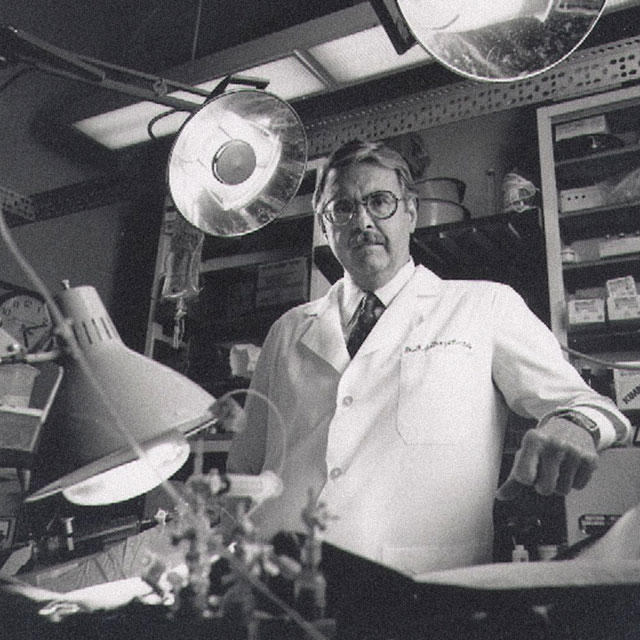