Kaufman’s range of work was extensive and impactful.

As an 8-year-old, Joyce J. Kaufman read a biography of Marie Curie, a Nobel Prize winner in physics and chemistry, and was instantly inspired to become a research scientist—a goal that involved overcoming obstacles and breaking boundaries all along the way.

In 1945, when the Johns Hopkins undergraduate school still was an all-male bastion, the young Joyce Jacobson became one of only eight women who gained admission on the strength of their academic records in top Baltimore public schools and desire to study science or engineering. She was one of only two to graduate in 1949—obtaining a bachelor’s degree in chemistry and earning election to Phi Beta Kappa.

After working briefly as a U.S. Army research chemist, she returned to Johns Hopkins in 1952 as a researcher in the physical chemistry laboratory of Walter Koski, once her professor and later second husband.

She earned a 1959 master’s degree in chemistry and a 1960 doctorate in chemical physics, both from Johns Hopkins, and subsequently became head of the old Glenn L. Martin Co. Research Institute for Advanced Studies. She returned to Johns Hopkins again in 1969 as an associate professor of anesthesiology in the school of medicine and the principal research scientist in Koski’s laboratory. She later became an associate professor of plastic surgery.

Kaufman’s studies in anesthesiology arose when she was asked to help unravel the little-understood mysteries of how the drugs used by anesthesiologists work. She pioneered the use of computer projections to predict the behavior of the molecules found in drugs such as morphine and even to anticipate the chemical and physical characteristics of many new compounds before they were created in the laboratory.

The range of her work was extensive, encompassing everything from pharmacology to the chemical physics of explosives and rocket fuel. Kaufman won many awards, including the 1973 American Chemical Society’s Francis P. Garvan-John M. Olin Medal for her work in the application of theoretical and quantum chemistry. 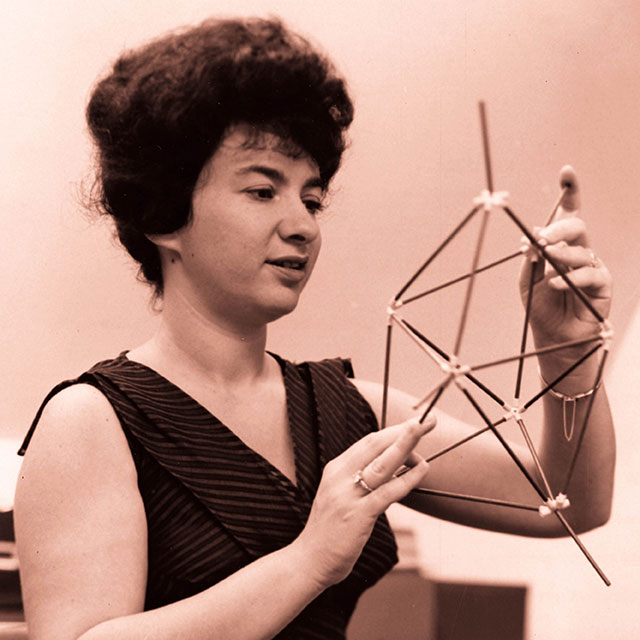