Shari Martin Lawson ’01 is eagerly engaged in a critical task: ensuring that the Johns Hopkins University School of Medicine accepts not only the brightest applicants, but as richly diverse a class of students as possible each year.

Chief of the Division of General Obstetrics and Gynecology, Lawson recently assumed the additional duties of assistant dean for medical student affairs and director of medical student diversity for the school of medicine.

With these new roles, Lawson, 41, meets regularly with school of medicine leaders, closely observes the admissions process, and serves as an adviser, advocate and role model for medical students who are underrepresented minorities—which includes supporting their efforts to apply for residencies and other programs or fellowships.

The school of medicine receives about 7,000 applications for each class of 120 students. Since all candidates have top grade-point averages and MCAT scores, says Lawson, it’s crucial “to look at some of the other characteristics and factors that it takes to be a successful physician/scientist” in order to foster Johns Hopkins’ core values of diversity and inclusion. As the demographics of the nation itself become more diverse, she says, so must the health care practitioners who will be called upon to provide medical care.

The school of medicine’s Class of 2020, which entered last fall, is almost evenly divided between men and women (with men having a slight edge), and 12 percent of its students are underrepresented minorities, including African-Americans, Latinos, Native Americans and other groups. “There is importance in having diversity of thought within the classroom because when you have those different viewpoints or approaches, it allows for different ways of thinking,” says Lawson, who met her husband, neurosurgeon H. Christopher “Chris” Lawson ’99, when both were undergraduates on the university’s Homewood campus.

Lawson has found that some minority students express concern that no one will “hear their voices or champion for them in case there’s an adverse event,” she says. “I want to be that person.” 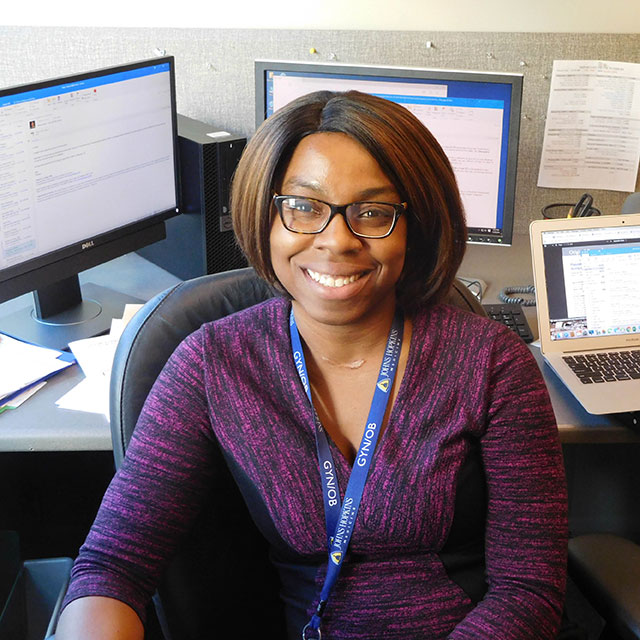