When pioneering cardiac surgeon Denton A. Cooley ’44 returned to Johns Hopkins in 1981 for the opening of his namesake recreational center, he gleefully displayed the skills that had made him a championship basketball player at the University of Texas 40 years earlier.

Having contributed $750,000 toward the Cooley Center’s $2.6 million cost—and specifically ordered that it feature a full-sized basketball court—he was accorded the honor of inaugurating it. As Sports Illustrated reported, “the 6-foot-4-inch surgeon ceremoniously scored the first basket in the new gym—a vintage 20-foot, one-hand push shot.”

A long-standing benefactor of the school of medicine and The Johns Hopkins Hospital, Cooley always credited his Johns Hopkins mentors—among them, Alfred Blalock ’22, the legendary surgery chief; Blalock’s incomparable surgical technician, Vivien Thomas ’76 (honorary doctorate); and pediatric cardiologist Helen Taussig ’27—with preparing him for the extraordinary half-century career he had as one of the world’s foremost heart surgeons.

Cooley’s cardiac surgery career began literally when the field itself was born. As a 24-year-old intern, he stood across the operating table from Blalock during the first “blue baby” operation on Nov. 29, 1944, watching Blalock repair a tiny infant’s congenital heart defect.

Over the next four decades, Cooley and his associates performed more than 100,000 open-heart surgeries—more than any other group in the world—at the Texas Heart Institute, which he founded in 1962. He performed the first repair of an aortic aneurysm, the first removal of a pulmonary embolism and co-developed the first heart-lung machine in 1955, with Michael DeBakey of Houston’s Methodist Hospital.

Cooley also was a pioneer in heart transplantation. In 1968, he performed the first transplant of a human heart in which the patient lived more than a few weeks; in 1969, he undertook the first implantation of a mechanical heart; and in 1978, he conducted the first clinical implant of a left ventricular assist device to support a patient’s heart function.

His astounding manual dexterity and lightning speed enabled him to perform what once was described as a “Woolworth volume” of operations with “Tiffany quality.” In 1984, President Ronald Reagan awarded him the Presidential Medal of Freedom.

Cooley continued operating until he was 87—and still made rounds in the intensive care unit of his institute until shortly before he died. 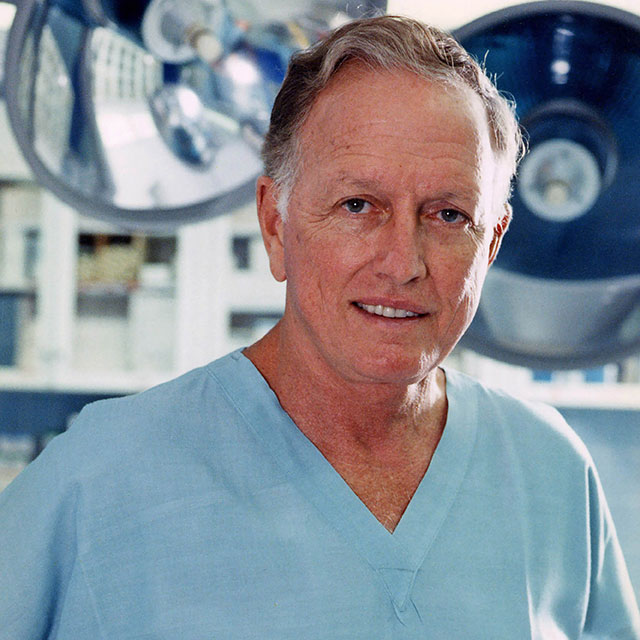