A Chief at Harvard

Two events—one fairly simple, the other catastrophic—were key turning points in the career of Katrina Armstrong ’91, now professor and chief of the Department of Medicine at Harvard Medical School and physician-in-chief of Massachusetts General Hospital.

The simple event occurred on a snowy day in 1987, moments after Armstrong, a Yale undergraduate, finished interviewing at the Johns Hopkins University School of Medicine. She went looking for a taxi to the train station, but none could be found as the snow piled up. Suddenly, a car appeared. The driver—who just had interviewed her—insisted on taking her to the station. Shortly thereafter, she received a package containing the gloves she’d left in his car, along with a handwritten note.

This convinced Armstrong that Johns Hopkins was a place that really cared—and where she wanted to go to medical school. Four years later, she matched for an Osler residency, then went on to marry her medical school classmate, gynecologic oncologist Thomas Randall, and to serve as Longcope assistant chief of staff (1995–96). “The Osler program certainly set the compass for who I am professionally,” she told an interviewer last October, a few months after she was elected to the Johns Hopkins Society of Scholars.

Armstrong says that today her “leadership role involves enabling others to succeed, and I remember how many great mentors from the Osler service have been there for me every step of the way.”

The catastrophic event occurred on April 15, 2013, the day she arrived at MGH to assume her new position—and the Boston Marathon was bombed. That tragedy enabled her instantly “to see MGH come together in an extraordinary way to respond to the need of the community—a remarkable performance with each person doing anything they could. Given what that response meant to the Boston community, it was so much better to have participated in the event than to have come after it.”

Prior to Harvard and MGH, Armstrong was chief of the Division of General Internal Medicine at the University of Pennsylvania, led the Penn Center for Innovation in Personalized Cancer Screening, was associate director of its Abrahamson Cancer Center and was co-director of the Robert Wood Johnson Clinical Scholars Program. In 2014, she was elected to the Institute of Medicine.

She says that among her greatest challenges now is learning “a whole new set of acronyms!” 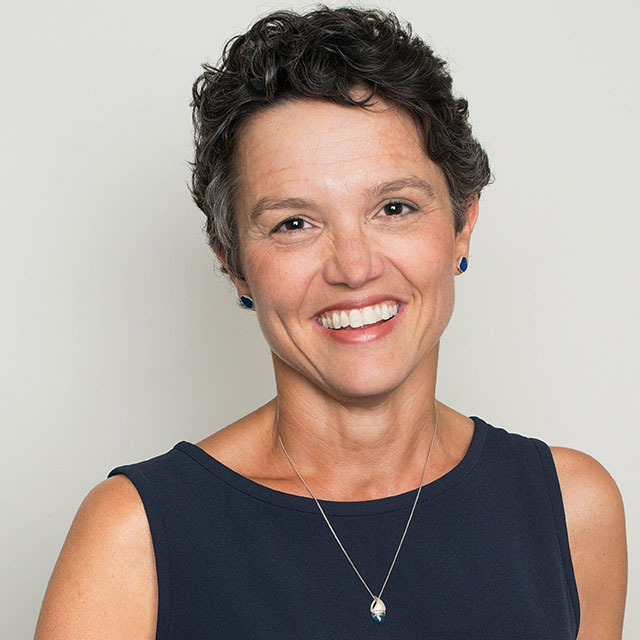