Not too many people would mention that they were born and raised in an insane asylum, but for Richard Starr Ross, dean of the school of medicine from 1975 to 1990, the fact that his physician father had been superintendent of the Eastern Indiana Hospital for the Insane, on whose property the family lived, appealed to his droll sense of humor.

“Many people hear this with great interest,” he would say with a deadpan expression.

Ross died last Aug. 11 of Parkinson’s disease at the age of 91, and on Dec. 2, hundreds gathered in Hurd Hall at The Johns Hopkins Hospital to pay tribute to Ross’ lasting impact on medicine and Johns Hopkins.

He had been a Johns Hopkins resident who became an internationally renowned cardiologist, president of the American Heart Association, and a dean whose 15 years at the helm of Johns Hopkins’ medical school were marked by immense growth in research and clinical practice, as well as expansion in the enrollment of minority students and an increase in faculty diversity.

“Dick Ross was a true Hopkins legend,” says cardiologist Myron “Mike” Weisfeldt ’65, former director of the Department of Medicine and himself a former president of the American Heart Association. “He grew up in the tradition he then led. His great characteristics were integrity and commitment. There were enough of both to infect all around him.”

Prior to becoming dean, Ross made significant contributions as a clinician-scientist. Named director of the Division of Cardiology and head of its Wellcome Research Laboratory, Ross pioneered the use of novel methods for examining and treating heart conditions.

During his deanship, Johns Hopkins went from seventh to first in National Institutes of Health research funding and from $20 million in clinical income to more than $100 million. He oversaw the establishment of 29 endowed professorships and created the Richard Starr Ross Fund for Physician Scientists in 1990. It since has given more than $9.2 million in grants to 140 young Johns Hopkins physicians beginning their research careers. His construction efforts included the 10-story, 22-laboratory structure now known as the Richard Starr Ross Research Building.

Read other tributes to Richard S. Ross, from those who knew him well.

Learn more about the legacy of Richard Ross in a memorial tribute from his colleagues, friends and mentees. And watch a video of the dedication of the Richard Starr Ross Research Building dedication that took place on June 7, 1991. 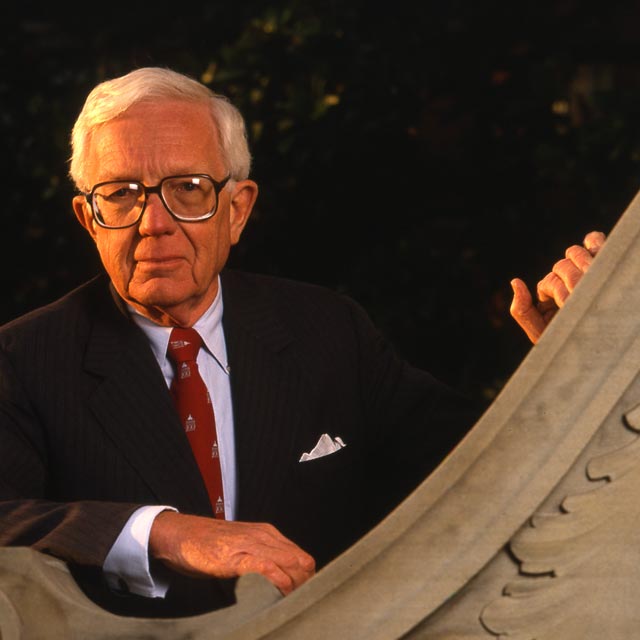 “Dick Ross was a true Hopkins legend. He grew up in the tradition he then led. His great characteristics were integrity and commitment. There were enough of both to infect all around him.”  —Cardiologist Myron “Mike” Weisfeldt ’65