In 1995, when she was 34, breast cancer surgeon Carolyn Kaelin ’87 was named founding director of the Comprehensive Breast Health Center at Brigham and Women’s Hospital, making her the youngest woman ever chosen for such a high-ranking post there. She quickly became a patient favorite.

“They would fall in love with her—her warmth, her feeling, her feedback,” Michael Zinner, chief of surgery at Brigham and Women’s, told The New York Times.

In 2003, she joined her patients’ ranks: She was diagnosed with a breast cancer that ultimately proved to involve three different malignancies, requiring a mastectomy, chemotherapy and radiation. The treatments affected the sensation in her hands, ending her surgical career—but she did not “go into a tailspin,” says her husband, cancer researcher William Kaelin Jr. (HS, internal medicine, 1983–86; fellow, medicine, 1986–87). Instead, she continued treating patients at Brigham and Women’s and Dana-Farber Cancer Institute, spoke at conferences, and wrote two books, Living Through Breast Cancer (completed while she was undergoing treatment) and The Breast Cancer Survivor’s Fitness Plan.

In 2010, Kaelin found herself having difficulty typing. A brain scan revealed a glioblastoma multiforme, the deadliest of brain tumors—and unrelated to her earlier breast cancer. Kaelin “never backed away from any challenge in her life,” her husband told The Washington Post. She had two brain operations, required rehabilitation to relearn how to walk and took experimental drugs developed by researchers around the nation who used her cancer cells to formulate them.

Kaelin died at home on July 28, 2015, at the age of 54. She continued to enjoy her life throughout her treatment, traveling with her husband, seeing her daughter graduate from Yale and her son enter that university, and celebrating her 25th wedding anniversary. 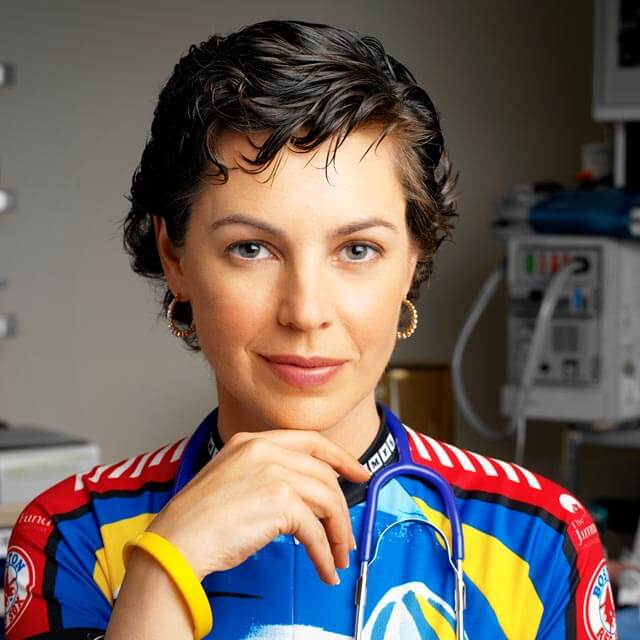