Taking a rare break from work, Peter Kilmarx (house staff, 1990–93) was running on the beach in Freetown, Sierra Leone, one day last October when he came upon a half-dozen men hauling a huge fishing net from the sea. He’d been in Sierra Leone about three weeks, spending up to 20 hours a day overseeing the efforts of the Centers for Disease Control and Prevention (CDC) to address the Ebola virus disease epidemic there. Kilmarx inserted himself between two fishermen and pulled, adding his strength to the team effort. It was the ultimate metaphor for the work he was there to do. “Together we will beat this. With every wave, we gained another meter,” he wrote in a Facebook post.

And so it went with the epidemic. When Kilmarx arrived in mid-September from his post as the CDC’s country director in Zimbabwe, the incidence of new Ebola cases was doubling every month. The intensity and urgency of the work was palpable; every 15 minutes, Kilmarx says, he and his team needed to decide which priority would make the greatest difference right then. Find fuel for the vehicles used to trace contacts with the sick, or negotiate to engage the Sierra Leone army in the management of dead bodies?

But just after he left a month later, the increase in cases began to level off. The CDC, World Health Organization, local agencies and other international groups are collaborating on policy, communication, prevention and treatment. Money and staff have flowed in, and reporting systems have been strengthened. It’s not yet the health system infrastructure it needs to be, but it’s a start, Kilmarx says. He has since served in a similar role in Guinea, where Ebola case rates are still fluctuating.

Kilmarx credits his time on the Osler 3 Janeway Firm from 1990 to 1993 with the cool-headedness needed to tackle an epidemic. Since then, he has worked for the CDC doing HIV prevention research in Thailand, as country director in Botswana and as HIV/AIDS epidemiology branch chief in Atlanta. 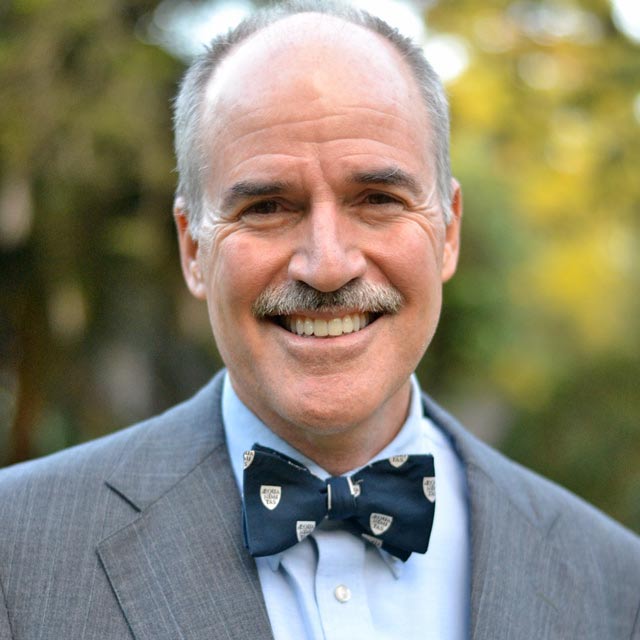 “Together we will beat this. With every wave, we gained another meter.”