In her MIT lab, Kaitlyn Sadtler, Ph.D. ’16, is striving to enable humans to “keep pace with the salamander.”

An immunologist and tissue engineer, Sadtler gave a captivating presentation at the annual TED (technology, entertainment and design) conference last September that made note of the salamander’s ability to completely regenerate an arm.

Not just “the humble salamander” has regenerative powers, she said. Some lizards can regrow their tails, and even “mere humans can regrow our liver after losing more than half of its original mass.” In her research, Sadtler aims to develop implants that will trigger the body’s immune system to repair muscle tissue, quickly heal wounds without scars and perhaps one day even regenerate lost organs or body parts.

While Sadtler was a cellular and molecular medicine Ph.D. candidate at Johns Hopkins in the laboratory of biomedical engineer Jennifer Elisseeff, she discovered that type 2 helper T cells, previously known mainly for triggering allergies, were inside the material she was implanting in experimental mice to promote wound healing. The cells proved “absolutely critical” to facilitating wound repairs, she told the TED audience. This path-breaking finding, reported in Sadtler’s 2016 thesis, would ensure that “regenerative immunology goes from an idea into a field of serious study,” said her mentor, Drew Pardoll ’82, director of the Bloomberg~Kimmel Institute for Cancer Immunotherapy.

It remains central to Sadtler’s current research as a postdoctoral fellow in MIT’s chemical engineering department. She is working not only on materials that could prompt wound healing but also materials used in treatments for type 1 diabetes.

The scope and impact of Sadtler’s research led TED, a nonprofit devoted to innovative ideas from science and business, to name her a TED 2018 Fellow, and Forbes placed her on its 2019 list of 30 Under 30 individuals who have become leaders in their fields. 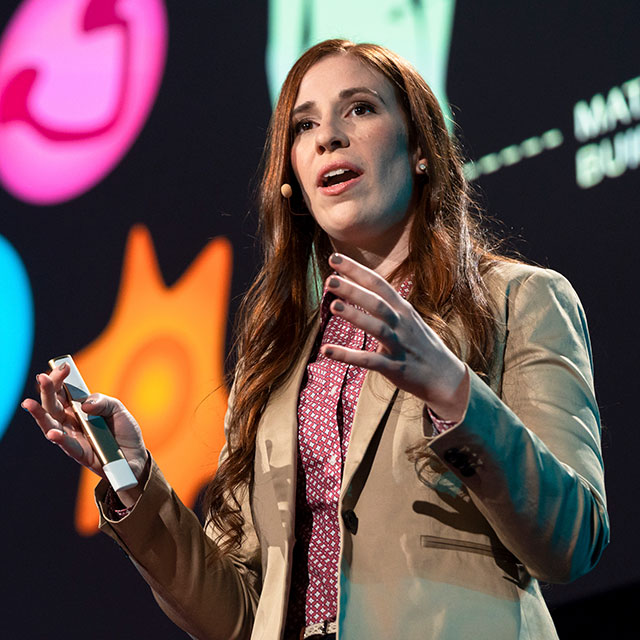 Some lizards can regrow their tails, and even “mere humans can regrow our liver after losing more than half of its original mass.”