Up to 70 percent of adults develop lactose intolerance, which makes it difficult to digest dairy foods laden with the natural sugar.

For those who shudder at the thought of a diet without cheese, milk—or ice cream!—their hero should be Johns Hopkins gastroenterologist Theodore Bayless, whose research resulted in the development of commercially available lactase enzyme supplements that have helped tame lactose intolerance, freeing millions of people to enjoy milk products without fear.

Bayless’ discovery that low lactase levels led to milk intolerance earned him the 1987 Franklin Institute Medal. The same year, he also received the first Distinguished Educator Award from the American Gastroenterological Association, which also gave him its Distinguished Clinician Award in 2004.

Praised by former gastroenterology chief Francis M. Giardiello as “a role model for the academic physician,” Bayless died on Feb. 10, 2019. He was 87.

As a researcher, clinician and mentor, Bayless championed the bench-to-bedside adaptation of laboratory findings to treatments. “Ted really loved what he did, and he loved his patients,” says Marshall Bedine, assistant professor of medicine.

A 1957 graduate of Chicago Medical School, Bayless obtained a gastroenterology fellowship from Johns Hopkins in 1960 to study under Thomas R. Hendrix ’51 (1920–2013), the first full-time chief of the division of gastroenterology. Their studies on cholera toxin led to the development of oral hydrating solutions that became important treatments for acute diarrheal diseases.

In addition, Bayless conducted research on the role of gluten in the diet of patients with celiac disease, the presence of susceptible gene mutations in the onset of Crohn’s disease and the impact of inflammatory bowel disease on the physical growth of young patients. 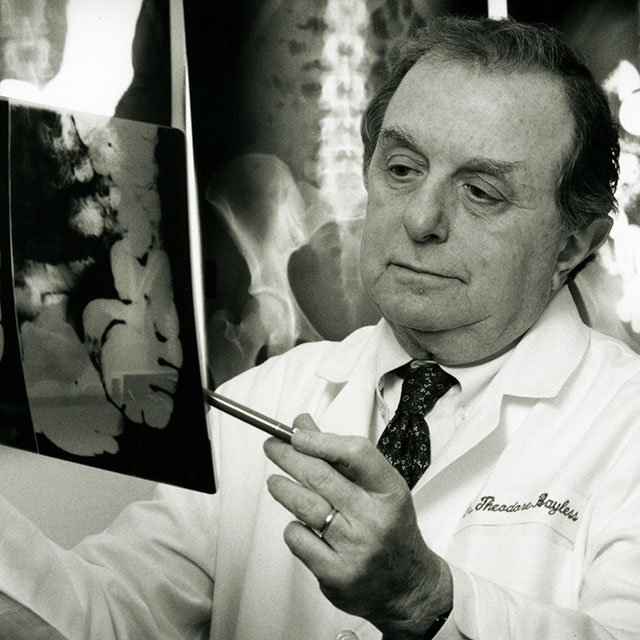